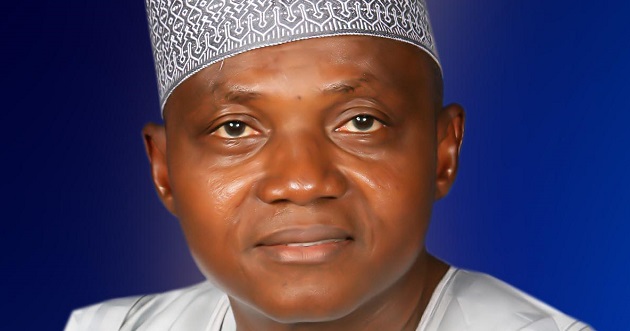 Social Media users were deliberate about Monday’s conversations as they took advantage of trending hashtags and phrases to project their displeasure for the country’s worsening security challenges.

Nigerians on Twitter called out Northern governors in Nigeria for failing to prioritize the security of the region after the gruesome killing of 43 innocent farmers by Boko Haram insurgents in Borno state sparked national outcry on Sunday.

The response of the governors to the unfortunate incident was criticized for lacking the same urgency when compared to their clamour for a Social Media Bill and an end to the October protests against police brutality.

The Senior Special Assistant to the President on Media and Publicity, Garba Shehu also came under fire for stating that the slain rice farmers did not have military clearance to work on the farm as most regions in the Lake Chad Basin had not been cleared from terrorist attacks.

Speaking in an interview with BBC on Monday, Mr Garba said: “Much of those areas have been liberated from Boko Haram terrorists but there are a number of spaces that have not been cleared for the return of villagers who have been displaced. So, ideally, all of these places ought to pass the test of military clearances before farmers or settlers resume activities on those fields.”

“Did anybody ask them to resume activities? I have been told by the military leaders that they have not been so advised.” he stated

Twitter users criticized the Presidential spokesman for shifting the blame on the the slain farmers in an attempt to excuse the government’s inadequacies in failing to contain insecurity in the North where many have argued that no part was safe.

Garba has however replied critics, stating he only advised residents to wait for a military flag-off before occupying volatile regions especially in war-torn Borno State which is essentially a military zone.

Farmers of Northern Nigeria are leaving their farms to spoil because of the fear of the Boko Haram attack. NORTHERN GOVERNORS' FORUM is watching effortlessly, no one is calling for an emergency meeting.

Garba shehu asked BBC if the Slain farmers get military clearance b4 going to the their farms forgetting they already has the clearance when he told Nigerians that they technically defeated BH. They failed to end BH and they start blaming the victims on it.#SackTheServiceChiefs

Believe me, these people are not willing to do anything about the Insurgency in Nigeria. And one day they would be like "The travellers didn't get clearance to follow Abuja road. pic.twitter.com/AkyslzHkTI

The question I tried to answer on BBC was: did the security sign off on the area as being free of mines and terrorists? The honest answer is, no.

Many Nigerians on Twitter have sustained their call for President Muhammadu Buhari’s resignation as well as his service chiefs over the administration’s failure to address the nations insecurity challenges.

Repeated cases of bandit attacks especially in the North and the recent #ZabarmariMassacre brought the hashtags to the trends table where it was sustained for the most part of Monday.

We Just Have To Take Our Country Back From These Jokers!!!#BuhariMustGo

Please lawyers in the house what power do citizens have to remove their failed president from office.
We needs to show this man ? an exit way #BuhariMustGo pic.twitter.com/LhU9mDR3KY

We speak on Twitter, they won't listen, we go for protest, they send hoodlums to attack us, and if we refuse to run and abandon the protest, they hijack it and destroy places in the name of protest and put the blame on us (the real protesters). #ZabarmariMassacre #BuhariMustGo