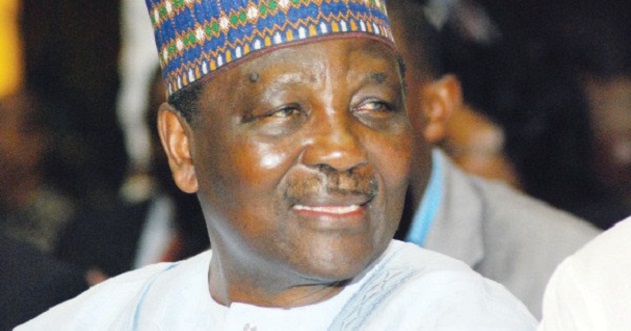 Calls for efficiency in governance by the people of Ondo state also made top trend as well.

The following were the buzzing stories across social platforms on Tuesday.

A United Kingdom (UK) parliamentarian, Tom Tugendhat, on Monday night alleged that General Yakubu Gowon looted half of Central Bank of Nigeria (CBN) and hid the ill-gotten wealth in the UK.

The revelation was made during Parliament where members debated a petition seeking to impose sanctions on Nigerian government officials involved in the reported killing of #EndSARS protestors that were exercising their right to protest – against police brutality.

“We need to stop those who are profiting from the wealth of that great nation and hiding it here. Some people will remember when General Gowon left Nigeria with half the Central Bank, so it is said, and moved to London.

“We know that today, even now in this great city of ours, there are sadly some people who have taken from the Nigerian people and hidden their ill-gotten gains here,” Mr Tugendhat said

The revelation came as a rude shock to many Nigerians who had hitherto held the former Head of State in high esteem.

Why would anyone believe him to be an upright man after aburi conference? lol

If not for the Uk parliament we wouldn’t have known Gowon was a devil and Idol to Hushpuppi, someone they almost portrayed as an Idol for us while we were in primary and secondary school. It’s a shame we were fed a lot of lies about this same person who executed 3m igbos.😭

Gowon: The looting of our heroes past shall never be in vain. 🥳

Member of the UK parliament allegedly claimed papa Looted Half of CBN. Wahala for who Dey vex for Buhari o pic.twitter.com/xQfuwJXtLH

General Yakubu Gowon hiding in the list of our heroes past until the UK parliament revealed him.😂 pic.twitter.com/eEtmDWNjaa

No be lie😂😂
Buh u see that Abacha ehn. Na the whole CBN he uproot 😂😂

Residents faulted the state governor, Rotimi Akeredolu and the company in charge of waste management in Ondo State, ZL Global Alliance Limited for the situation which is now considered an ‘eyesore’ and a threat to the health of residents.

Although the waste company in reaction, have claimed they’ve been active in different zones across the state, the governor is, however, yet to respond to the outcry.

I have seen septic wastes(sewage) been deposited outside the dumping site on several occasions, thereby polluting the water flowing across the road. This is detrimental to the health of we living with in the axis. @zl_global should do something about it. #WhyIsAkureDirty

Mr Governor @RotimiAkeredolu what have we done to you to deserve this level of punishment?

This city is so dirty, this is gonna make us sick when health care is so expensive and doctors are going on strike

This is Ilesa garage pic.twitter.com/Qm36rlCsy4

If you think #WhyIsAkureDirty is Political then I hope sickness will ask about your Political affiliate before visiting as a result of heaps of dirt all around the City.

OSDG is doing her best towards ensuring continued cleanliness of Akure, Ondo State at large. Amongst over 21 PSP's assigned to manage various kinds of waste at different zones, ZLGA is working effectively in her set bounds #getfactsright #disposewasteproperly #Akureisclean

Nigerian radio personality and vlogger, Toke Makinwa has blasted Reno Omokri for shading divorced women and ‘slay queens’ in a tweet where he opined that Maryam Babangida, wife of an ex military Head of State was one of the world’s most beautiful women.

Toke dragged the former presidential aide for obvious misogyny urging him to stay away from “women’s business” and quit shaming divorced women as it wasn’t a crime to leave a failed marriage especially if it was the only option.

“Enough with the divorce shaming of anyone. I don’t see a divorced man being shamed for living his life after a failed marriage. People like that clown (referring to Reno) are probably in unhealthy marriages too. God forbid I marry a man who tweets that kind of garbage,” she wrote in part.

While some Twitter users agree with her stance, others feel she might have taken the statement out of context.

Wow, at your age? Your wife and kids must be cringing for you, such an embarrassment. “Divorced” is nothing to shame anyone for, life happens. People like you are the reasons why a lot of people stay in unhealthy situations and lose their dignity and In some cases their lives, https://t.co/yA9YrFvqR4

Why is she getting dragged? I love her response and all she said is the absolute truth!!

I just felt he should have been specific of the divorcee’s. Not all divorcee’s really wanted to divorce. But I get his point.

Toke left all Reno said to take out ONE particular word out of context. He isn't against divorced women. He is against "bleached divorcee slay queens, with surgically enhanced bodies"

Wherever @renoomokri is right now, he's molding his reply… We just have to stay tuned.