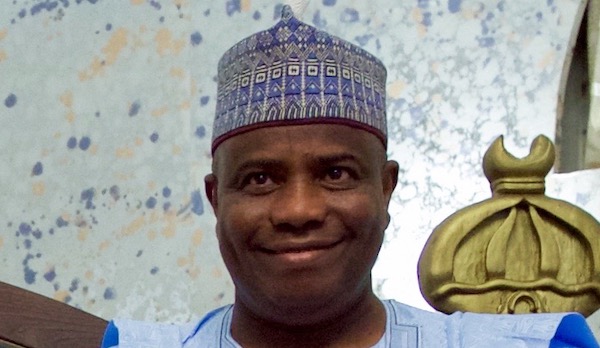 The development followed the consideration of the two letters the governor sent to the Assembly by the Committee of the Whole House.

Tambuwal has requested the Assembly to approve the government’s quest to access the Federal Government’s N18.7 billion intervention facility and N10 billion on behalf of all the 23 local government areas in the state.

A member of the House, Alhaji Bello Ambarura, said during the debate on the request that the federal government’s intervention facility was part of the N656.1 billion approved by President Muhammadu Buhari for the 36 states of the federation.

He said: “The facility is aimed at helping the states to cushion the effects of the repayment of the existing federal government’s intervention on budget support.

“Moreover, it will enable the state government to bridge the gap in the anticipated revenue shortfall and augment the current budgetary provisions in some of the economic sectors.”

The lawmaker added that the funds to be sourced through the Central Bank of Nigeria (CBN) would be used to finance capital projects in the state.

He said the loan would be repaid in six installments over a 30 years tenor at a nine percent interest rate per annum.

The Deputy Speaker, Abubakar Magaji, who presided over the sitting, put the motion into a voice vote after a closed-door meeting of the committee of the whole house.

The motion was subsequently adopted by the majority of the lawmakers.