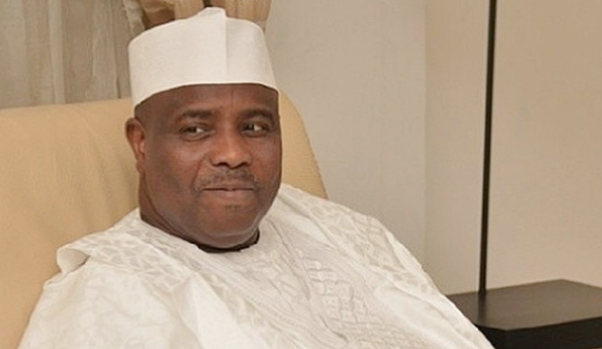 Sokoto State Governor, Aminu Tambuwal, has called on supporters of the People’s Democratic Party (PDP) and the electorate to shun violence and exhibit a high sense of maturity during Saturday’s rerun election in the state.

Governor Tambuwal made the appeal in a statement signed by his Special Adviser on Media and Public Affairs, Malam Muhammad Bello, on Friday, during the final campaign of PDP ahead of the election in Sokoto.

During the campaign at the Giginya Memorial Stadium, Sokoto, Tambuwal endorsed the party’s candidates for the Sokoto North and South Federal Constituency rerun election and supplementary election for State House of Assembly, in Sokoto North Local Government.

He added that the election is a must win so as to enable the party to consolidate its recent gains of clinching two seats at the National Assembly comprising Senate and the House of Representatives.

Tambuwal’s comment comes after the Supreme Court on Monday affirmed his election as Sokoto State Governor in the March 9, 2019 governorship election in the state.

The apex court dismissed an appeal filed by the All Progressives Congress (APC) governorship candidate, Ahmed Sokoto, challenging Tambuwal’s victory in the election.

A seven-man panel of the court led by the Chief Justice of Nigeria (CJN) Justice Tanko Muhammad, held that the appellant failed to adduce any credible evidence to prove his allegation of widespread irregularities in the election.