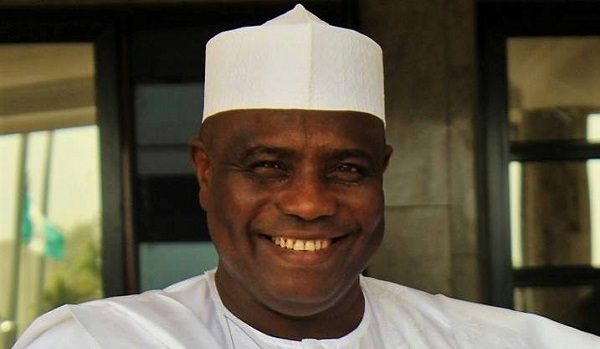 Following the tribunal ruling which upheld his victory in the governorship election in the state, Sokoto State Governor, Aminu Waziri Tambuwal has extended an olive branch to the All Progressives Congress (APC) and its candidate in the 2019 polls.

The Governorship Election Petition Tribunal, in Sokoto State, on Wednesday in Abuja affirmed the election of Tambuwal of the Peoples Democratic Party (PDP), dismissing the petition by the APC and its candidate for lacking in merit.

In delivering judgment, the three man panel led by Justice Abbas Bawale said the petitioners had failed to establish their claims of non compliance to the electoral act and the issue of over voting.

Justice Bawale also said the evidences of the petitioners’ witnesses especially witness number ten amounted to hearsay which could not prove any of the allegations.

Governor Tambuwal dedicated his victory to the Almighty God and the people of the state.

While addressing supporters at the Government House, on Wednesday, the governor said the people havd every cause to celebrate the victory.

“We won in the first round of the election before it was declared inconclusive and the rerun was conducted and we won again.

“Then APC and its candidate decided to approach tribunal and we won at the tribunal again. We have every cause to celebrate this victory and to dedicate it to Almighty God and the people of Sokoto state,” he said.

The governor also called on the APC candidate, Ahmed Aliyu and members of the party to join hands with him to move the state forward.

“I hereby extend the hand of fellowship and an olive branch for them to work with us for the good people of Sokoto together because we have no other state but Sokoto state ” he stated.

Speaking earlier, the former Governor of the state, Alhaji Attahiru Dalhatu Bafarawa, called on the leader of the opposition APC in the state, Senator Aliyu Magatakarda Wamakko to forget their differences and support Tambuwal to succeed.