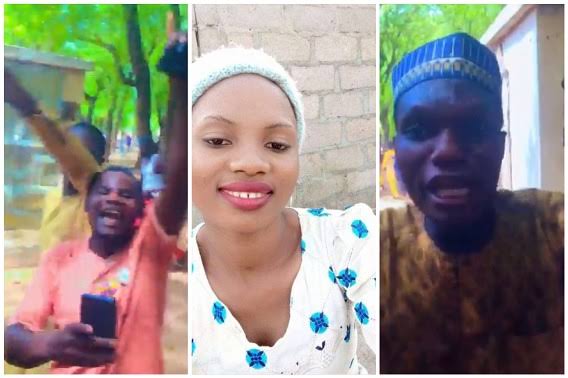 Amid heated discussions around the murder of Samuel Deborah, a year two student of Shehu Shagari College of Education, Sokoto, a number of Sokoto residents have planned to embark on a mass protest against the arrest of two suspects allegedly involved in the killing.

Ripples Nigeria had reported that the victim was violently stoned to death by a mob and was later set ablaze.

Subsequent to this, the police arrested two suspects, stressing that the security men of the school were overpowered by the mob.

According to a notice obtained by Ripples Nigeria on Saturday, Muslims in the state were asked to come out in protest against the arrest.

The notice claimed that the students did what was right, adding that the arrest was wrong.

The notice which is in Hausa, read: “We’re inviting Muslims in Sokoto to come and help them rescue our brothers that were arrested because they were defending Islam and uplifting prophet Muhammad S.A.W,” the leaflet read.

“Gawon Mama Roundabout is where they’ll meet Time: 9am. For more details call those numbers.”

Related Topics:policeSokoto student murder
Up Next