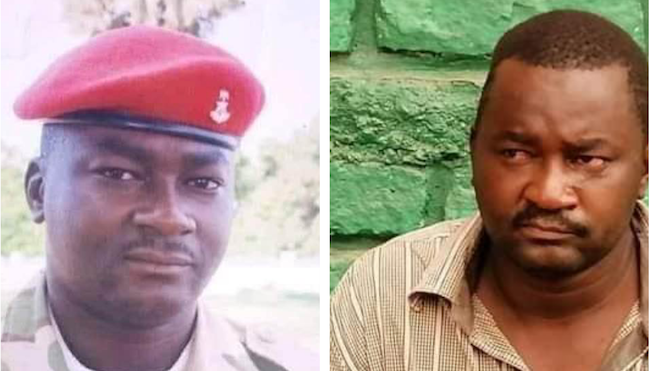 The Nigerian Army has clarified that one Adamu Galadima, who was arrested for the kidnap and murder of six-year-old Mohammed Kabir, was no longer a personnel.

Galadima was paraded alongside three other accomplices at the Kaduna Police headquarters on Monday for killing Kabir after collecting a ransom of N1m from his parents.

In a statement by the Director, Army Public Relations, Brig-Gen. Mohammed Yerima, on Tuesday, the Army stated that Galadima, who was mistaken for a soldier, had been dismissed in 2013 for attempted murder.

Yerima said the suspect was duly dismissed from the Nigerian Army after a General Court Marshal that held in Kaduna found him guilty of attempted murder.

“The attention of the Nigerian Army has been drawn to a video which has gone viral on the social media alleging that a soldier, Lance Corporal Adamu Galadima, was involved in an alleged case of kidnapp and murder of his neighbour’s child after collecting the sum of N5m as ransom

The Nigerian Army wishes to state that the information contained in the video is not true. Contrary to the claim, Lance Corporal Adamu Galadima was duly dismissed from the Nigerian Army in 2013 after a General Court Marshal that held in Kaduna had found him guilty.

His last unit was 2 Provost Group where he was involved in a case of attempted murder leading to his arrest and prosecution before the General Court Marshal in Kaduna.

After his dismissal, Adamu found his way to Kaduna State Environmental Services where he secured a job as a cleaner.

He is therefore, not a personnel of Nigerian Army as at April 2021 when he committed the alleged crime.

The Nigerian Army remains a disciplined organisation that will not condone any unprofessional conduct on the part of its officers and soldiers.

The general public is therefore urged to ignore the misleading story currently being shared in the social media.”