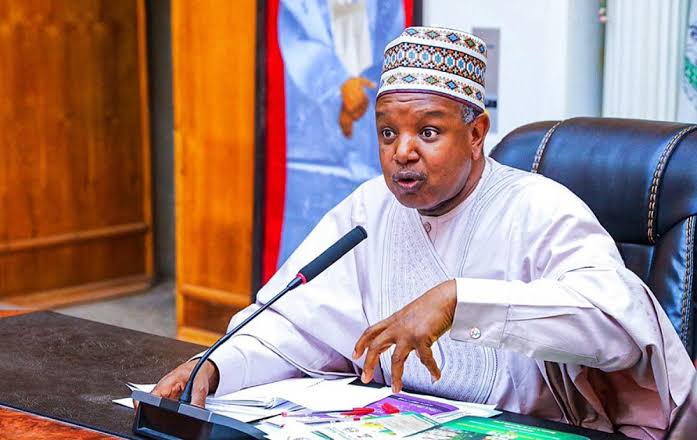 The Governor of Kebbi State, Atiku Bagudu, has attributed the recent massacre of 19 soldiers, five policemen and 68 members of a vigilante group, Yan Sa Kai, in the Zuru Emirate of the state by bandits, as an act of God.

According to him, the deceased were destined to die that way.

The soldiers were killed by the daredevil bandits who attacked their barracks on Tuesday while the vigilante members ran into an ambush mounted by the heavily armed bandits on Sunday, after an informant had reportedly leaked their movement to the terrorists.

The bandits had also ransacked five communities in the Zuru Emirate, killing five policemen and some residents as well.

But while on a condolence visit to the family and colleagues of the slain soldiers at the 1 Battalion Dukku Barracks in Birnin Kebbi, the state capital on Friday, Bagudu said their deaths was destined to happen that way.

“As Muslims and Christians, we all believe in destiny. The recent happenings are destined by God, we pray that God will avert future occurrence,” Bagudu said.

“We fervently pray for the repose of the souls who died and once again sympathise with their families,” he added.

The governor also wished other persons injured in the attack quick recovery while he prayed for “restoration of lasting peace and tranquility to Kebbi and Nigeria at large.”

Bagudu, alongside other top government functionaries including the Secretary to the State Government, Babale Umar-Yauri and Acting Head of Service, Sufyanu Garba- Bena, also attended a special prayer at the barrack’s central Mosque for the “restoration of peace and for the repose of the souls of victims of the attack.”