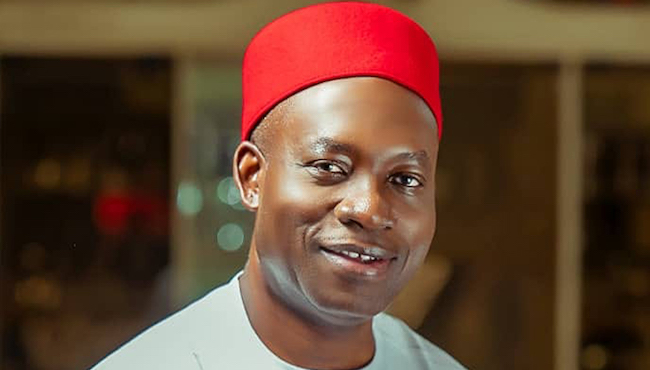 Three weeks after Simon Ekpa, one of the controversial leaders of the proscribed secessionist group, Indigenous People of Biafra (IPOB), spoke against the ‘taxation regime’ in Anambra State, Governor Chukwuma Soludo has cut back on taxes.

Ripples Nigeria had reported that Ekpa said Soludo’s anti-igbo moves was worse than the Lagos State government due to the excessive taxation on persons living and doing business in Anambra.

Ekpa said the taxation regime of Soludo was one of the reasons IPOB won’t allow the general elections hold in the state.

Soludo revealed that his administration had reviewed the tax payments in Anambra State during a meeting with transport operators and other stakeholders in the sector at the Prof. Dora Akunyili Women’s Development Center in Awka, on Wednesday.

The revised tax payments will see operators of tricycle, also known as Keke, pay N10,000 instead of the previous N15,000 levy. The tax can be paid in four instalments of N2,500 per week.

The governor reduced the levy on mini truck operators to N3,750 weekly, motorcycle operators received a levy of N1,000 weekly which amounts to N4,000 monthly.

Soludo explained that the levy was revised to ensure operators don’t experience multiple taxation, adding that, “This government will protect and promote the common man’s interests. To make the system more equitable, we are working on comprehensive tax reform.

“Tax collection from hawkers, wheelbarrow pushers, and vulcanizers is prohibited in Anambra State.

“As a progressive government, we are determined to ensure that the poor are not burdened by taxes and that the wealthy pay their fair share. The truth is that you are paying more than your fair share.”

The governor also stated, “I understand what you’re going through; I feel and touch it, and that’s why we’re going all out to declare a total emergency on state roads to alleviate your suffering.”

“It is true that the government requires funds!” There is no such thing as a society that has developed without people paying taxes. Last year, Anambra’s total tax contribution as revenue was barely N20 billion, which is insufficient for the massive road construction we have begun, let alone other sectors.

“Nobody likes paying taxes, but we’ve started a tax revolution. Our main challenge is being harassed by touts and being taxed multiple times.

“The vast majority of what you pay goes into private pockets and never reaches the government,” Soludo added.