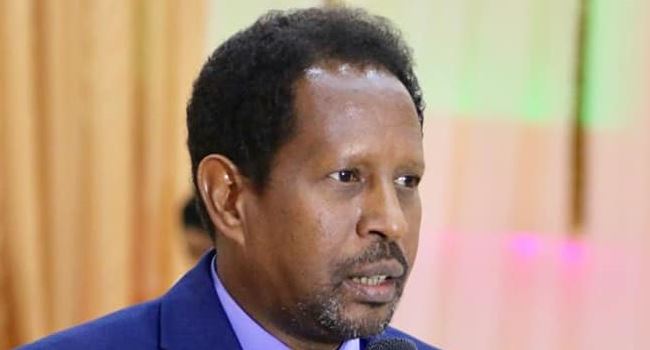 A tragic scene played out in the city of Mogadishu, the capital of Somalia when a suicide bomber struck killing no less than six people.

Reports also revealed that the Mayor of the city also sustained severe injuries during the attack which has been claimed by the dreaded Al-Shabab militant group.

According to reports, the Mayor was presiding over a security meeting in his office when the terrorists struck.

“The mayor was wounded in the blast and he is currently being treated,” Mohamed Abdullahi Tulah, deputy mayor, told state-owned Radio Mogadisho on Wednesday.

“Six people, including two district commissioners and three directors, were killed in the terrorist attack this afternoon,” Mohamed told reporters in Mogadishu.

“Six others have been wounded among them the mayor of Mogadishu and other district commissioners who are now being treated by the medical team,” he added.

Your govt has failed in protecting lives and properties, Afenifere tells Buhari