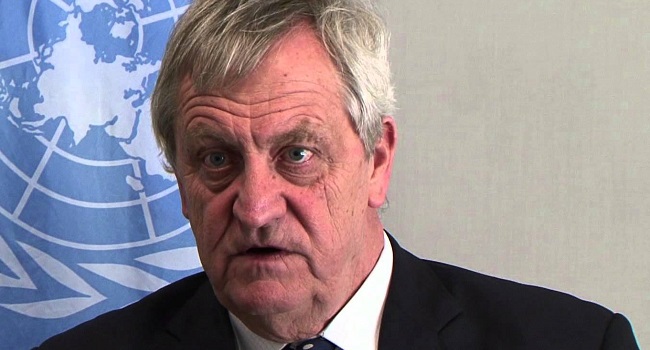 Authorities in Somalia have ordered a UN envoy to leave the country immediately for interfering with its national sovereignty.

The order given to Nicholas Haysom, the Special Representative of the UN Secretary-General for Somalia, who was also declared persona non grata comes a day after he raised concerns about the actions of UN-supported Somali security forces.

A statement by Somali foreign affairs ministry issued on Tuesday declared that Haysom “is not required and cannot work in this country”, effectively declaring the official persona non grata on the UN envoy.

“The decision comes after he openly breached the appropriate conduct of the UN office in Somalia,” the statement added.