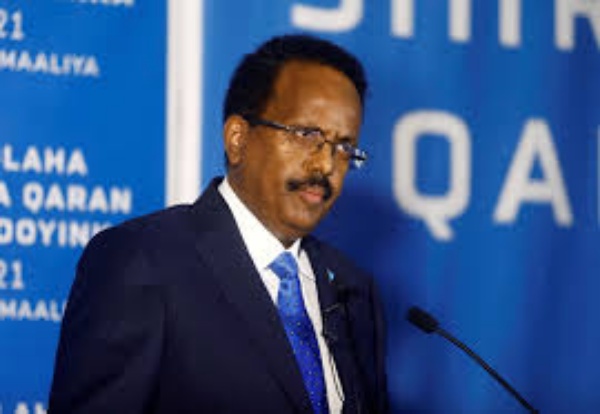 Somalia’s President Mohamed Abdullahi Mohamed, on Monday, announced the suspension of Prime Minister Hussein Roble, just a day after they both had an outburst on the much delayed election in the country.

“The president decided to suspend Prime Minister Mohamed Hussein Roble and stop his powers since he was linked with corruption,” a statement from the office of the president said, accusing Roble of interfering with an investigation into a land grabbing case.

The President, popularly called Farmajo and Roble had been involved in a frosty relationship, raising fears of adverse effect for Somalia as it struggles to hold elections.

On Sunday, Roble accused the president of sabotaging the electoral process, after Farmajo withdrew the prime minister’s mandate to organise the elections and called for the creation of a new committee to “correct” the shortcomings.

Roble, who has not responded to Monday’s suspension announcement, had accused Farmajo of not intending to hold “a credible election in this country”, just as Farmajo accused the Prime Minister of trying to influence a probe into a scandal involving army-owned land after the premier sacked the defence minister and replaced him on Sunday.

“The prime minister has pressurised the minister of defence to divert the investigations of the case relating to the grabbed public land,” the statement from the President’s office on Monday said.