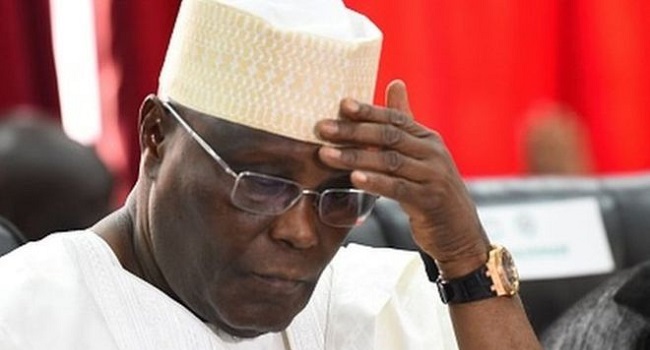 The All Progressives Congress (APC) National Vice Chairman (North East), Mustapha Salihu, has said that the opposition Peoples Democratic Party (PDP) and its presidential candidate, Atiku Abubakar, were conned to believe that a server was used to transmit election results during the last election.

Speaking with newsmen after a meeting with APC stakeholders from Adamawa state, Salihu stated that the ruling made it clear that there was no law backing the use of such server for the election.

According to him, “some people jobbed them, took their money telling them there was INEC server somewhere when that was not true and so, they could not establish a prima facie case.

“Even though their lawyer did a good job trying to present their case, it was dismissed because there was no substance. This is a victory for Nigeria and the Nigerian people and not for APC alone.

“We have now done away with the distractions and this government is going to deliver the dividends of democracy and the next level is assured.

“The outcome of the tribunal was something that was expected. All the cases canvassed by the opposition are frivolous because you cannot say that an army general who serves as military commanding officer, Head of State, Minister and President of Federal Republic of Nigeria for four years does not have credentials.”

On the stakeholders’ meeting held at the APC National Secretariat, Salihu said a committee had been set up to purse reconciliation drive in Adamawa State.

He said the meeting was convened to not only deepen consultation and reconciliation, but also to synergise on how to rebuild the party in the state.