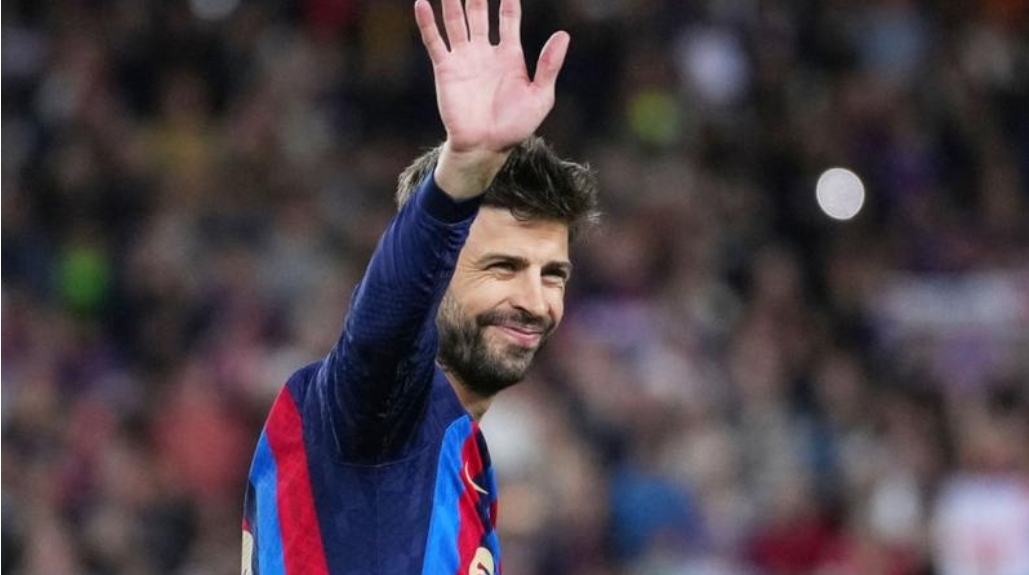 Gerard Pique played his final game at the Barcelona home ground, the Camp Nou, on Saturday night as the defender is set to retire from football.

Pique, who was on the pitch for 84 minutes, helped Barca beat Almeria 2-0 in a La Liga game.

Ripples Nigeria had already reported that Pique was calling is quits this weekend following a video by the Spaniard posted on social media earlier this week.

When Pique was replaced in the 84th minute, he tearfully embraced all his team-mates, boss Xavi and the entire Barca bench.

The 35-year-old will finally retire after he joins the team to Osasuna in their next game, although it is not certain he will play in that.

After the game Pique gave a speech on the pitch, saying: “I was born here and I will die here.”

He added: “When you get older, you realise that sometimes to love is to let go. I’m convinced that I’ll be here again in the future.

“I love Barca. That’s why I consider it’s the right moment to go. This is not a goodbye.”

There were several tributes to him on his farewell night at the Nou Camp.

Pique, who was named captain, walked on to the pitch with his two sons, as all his team-mates wore shirts with his name and number three on the back.

Pique won 30 trophies and made 616 appearances for Barca after joining in 2008 from Manchester United.

Only Messi (35) and Iniesta (32) won more trophies for Barca than Pique.

EPL: Iwobi in action, Ndidi subbed in as Everton lose to Leicester