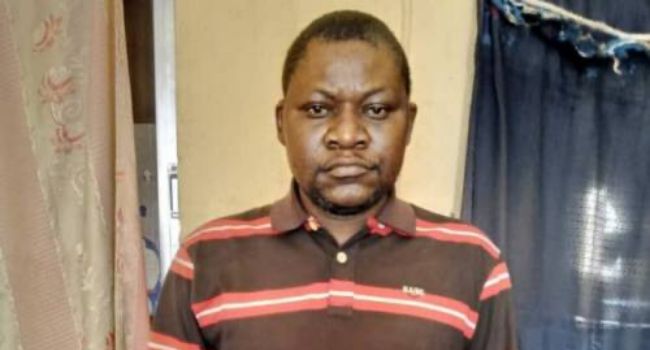 A 20-year-old man identified as Abubakar Mohammed Buba, has been arrested by the Niger State Police Command for allegedly paying an assassin the sum of N110,000 to kill his 52-year-old father so as to enable him take over his assets.

While confirming the arrest of the suspect in a statement on Saturday, the State Police Public Relations Officer (PPRO), DSP Wasiu Abiodun, said Buba who resides in the Gidan Madara area of Chanchaga, Minna, the state capital, was arrested on December 29, 2021, by police operatives attached to Chanchaga Division.

“The suspects, Abubakar Mohammed Buba, was arrested on December 29, 2021, by operatives attached to the Chanchaga Division, following credible intelligence gathering.

“He is being held for criminal conspiracy and culpable homicide of his father, Alhaji Mohammed Buba.

“The suspect was said to have been culpable in the death of his father, Alhaji Buba, who was stabbed to death in his residence at Korokpan, Paikoro Local Government Area on October13, 2021.

“The suspect has since confessed to the crime. In the course of investigations, Buba led police operatives to Tagwai-Dam where the body of his father was dumped after being severed and packed in a sack.

“He also confessed to have paid the assassin whose name he gave as Aliyu, the sum of N110, 000 to carry out the dastardly act of killing his father because of inheritance. The fugitive assassin is currently on the run but we are on his trial and I can assure the good people of Niger State that the fleeing suspect will be arrested and brought to justice.