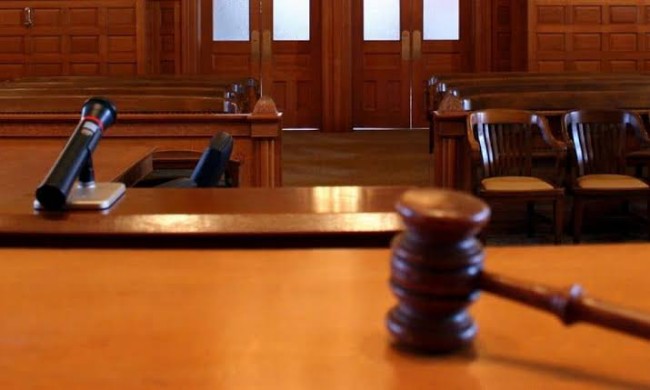 The Ondo State Police Command has arrested a 26-year-old man, Godwin Matthew, who allegedly macheted his 64-year-old father, Matthew Audu to death in Akure, for giving him the head of a chicken that was killed to entertain his younger brother.

The development was revealed in a statement by the Police Public Relations Officer in the state, DSP Funmi Odunlami, obtained by Ripples Nigeria on Wednesday.

According to Odunlami, the murder incident was reported at the Ala Police station by the wife of the deceased.

“On 9th September 2021, a case of murder was reported at Ala Divisional Headquarters by one Mrs Christiana Audu Matthew that her son Godwin Matthew, ’m’, 26 years old left home with his father to the family’s farm but later discovered that the young man had macheted his father to death.

“In the course of interrogation, the suspect stated that on 9th September 2021, his late father directed him to kill a chicken for his brother one Emmanuel Audu ‘m’, 7 years old, for his entertainment, meanwhile, it was only the chicken head that was given to him and this made him kill his father,” Odunlami said.

In another development, the PPRO in the state disclosed that a 64-year-old man, Ajayi Awe was arrested for defiling a six-year-old girl.

According to her, “On 17th of September, 2021, at about 2000hrs, one Mrs Obademi Fatimah of B11 Daja, Ajowa-Akoko, came to Okeagbe-Akoko Divisional Headquarters and reported a case of defilement.

“She stated that her daughter, names withheld, aged 6, of the same address, was defiled by one Ajayi Awe ‘m’ Aged 64 of B/98 Daja Ajowa- Akoko, some days ago in his house. The suspect had been arrested and the victim taken to the hospital for medical care and report.”

Also, Odunlami said the suspect confessed to the commission of the crime and would be charged to court after the police investigation.

Three men arraigned for allegedly stealing AirPods, iPhones, others worth over N11m