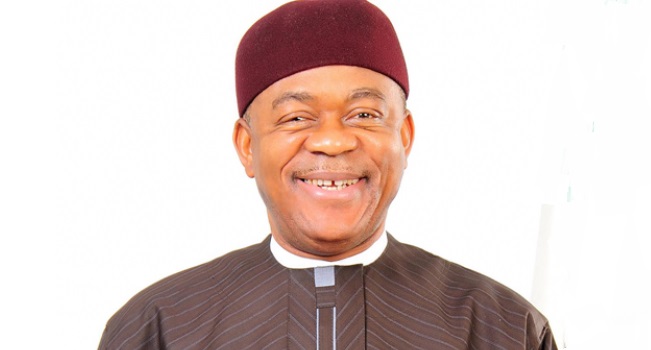 The former governor’s son, who is a second term lawmaker, emerged Speaker of the House after no one contested with him. He represents Umuahia Central state constituency.

The development took place on Monday at the inaugural session of the state lawmakers.

Chinedum Orji, who was the Majority Leader of the immediate past assembly, with the development, became the 11th Speaker of Abia State House Assembly.

Also, the lawmakers during the inaugural session, selected Ifeanyi Uchendu, who represents Ohafia South state constituency as the Deputy Speaker.

The session was presided over the House clerk, Pedro Irokansi.