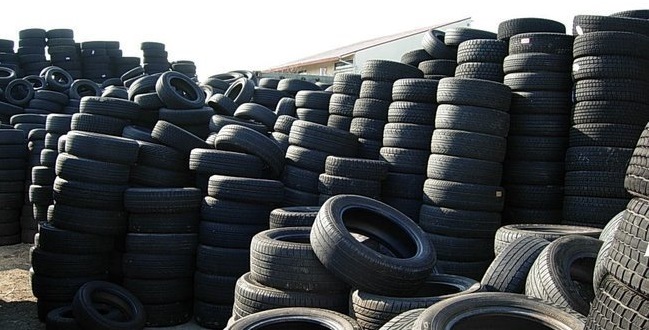 Barely two months after the inauguration of the Surveillance, Intelligence and Monitoring (SIM) unit of the the Standards Organisation of Nigeria (SON), the operatives of the unit have seized 21 containers loaded with imported tyres worth over N1 billion in Lagos.

When the SIM unit received a surveillance report, the operatives of the unit descended quickly on a warehouse in Abulu-Osun area of Lagos where the imported tyres were being wrapped and labelled before dispatchment into the Nigerian market.

The Director-General of SON, Osita Aboloma, said the agency had been reinvigorated to go after any suspected good or inspect premises and factories in its quest to rid the Nigerian market of substandard products.

Aboloma, who was represented by the Deputy Director and Coordinator of the SIM Unit during an enforcement exercise, Isa Suleiman, stated that the 21 containers of imported tyres, were discovered and seized at a warehouse in Abule Osun, off the Lagos-Badagry Expressway opposite the Lagos International Trade Fair Complex.

He said though 21 containers were declared on the import documents, it was discovered that the consignments were about 100 containers of imported tyres.

“We have found out that these unscrupulous people bring in the containers from the seaports, lock themselves in warehouses to forcefully un-stuff the tyres, wrap and label them before loading to markets all over Nigeria,” he noted.

He explained that processes of forcefully stuffing and un-stuffing, the tyres become unusually expanded and compressed, bending the wires around the helms and creating sharp points that make them vulnerable to burst on slight contact, having been squeezed and weakened, thus leading to avoidable road accidents and loss of lives.

“These are acts of clear economic sabotage to the nation through evasion of duties and taxes payable on the imports, an affront on the regulatory regime in Nigeria and danger to the lives of all road users in the country.

“This practice has become commonplace as another container of similarly stuffed tyres was apprehended about the same time at Iddo, in Ebute Metta, where they were also being forcefully unstuffed for loading into various trucks on standby,” he added.