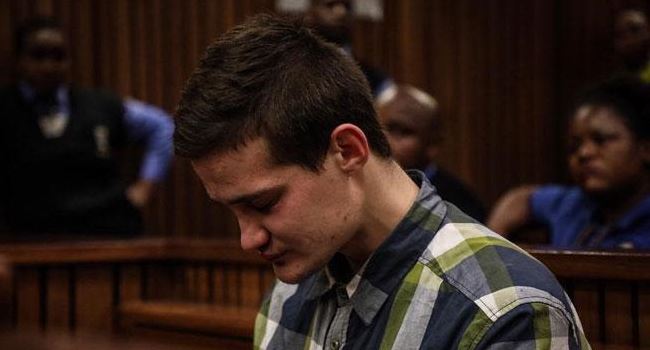 A Pretoria High Court has sentenced a 21-year old rapist, Nichola Ninow to life in prison for defiling a seven year old girl.

Reports say a thunderous applause followed the conviction of Nichola Ninow who was caught naked and with the child in the female toilet of a popular Pretoria restaurant in September 2018.

Justice Mosopho of the Pretoria High Court also slammed the accused with a further 10 years for defeating the ends of justice and drug abuse.

The presiding judge held that the rapist had showed no remorse for his actions, therefore his name will be entered into the register of sexual offenders which means he cannot be allowed to work in any environment that involves children in the future.

Following the sentence of the child rapist, the National Prosecuting Authority praised both the investigating officer and the state prosecutor for working diligently on the case.