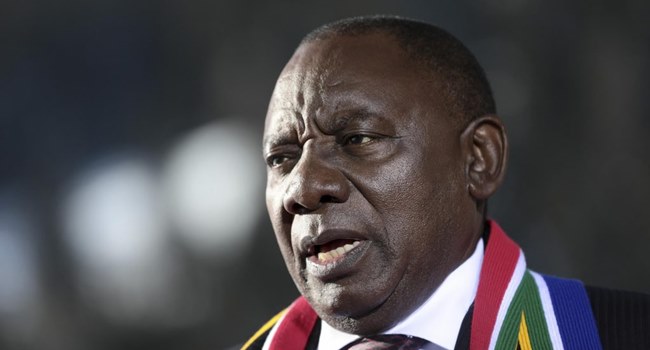 Millions of South Africans headed to the polls on Wednesday in what is expected to be the tightest electoral test for the ruling African National Congress of President Cyril Ramaphosa after he assumed power early last year with promises to refurbish the besieged nation.

Reports reveal that Mr. Ramaphosa’s party, which led the fight against apartheid, has governed the country since 1994 but its support has dwindled over time.

Voters who queued to vote expressed discontent over poor basic services such as water, housing, electricity and violent crimes especially in poor rural and urban communities where many residents remained dependent on the party.

“I’m a member of the ANC but I didn’t vote for them this time,” construction worker Thabo Makhene told reporters adding that the party had lost its morals and was mishandling funds.

Another young voter said that her future employment prospects seemed impossible. “I don’t feel confident about getting the job I want,” she said.

According to BBC, opinion polls suggest that the ANC will get just over 50% of the vote while the main opposition party, Democratic Alliance party, DA gets about 20%.

It was learnt that early results will emerge on Thursday while the official winner will be declared on Saturday. The party that wins most seats in parliament selects the president, who will be sworn in on May 25.