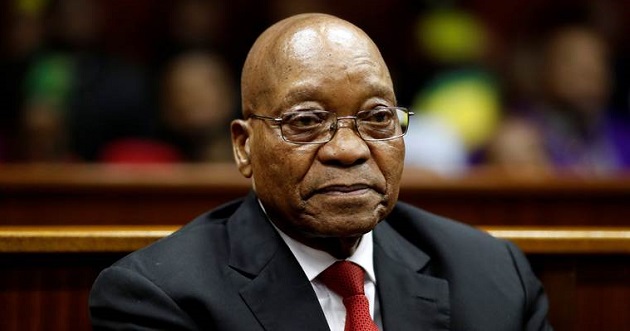 A constitutional court in South Africa has adjourned former President Jacob Zuma’s corruption trial to August 13 after he appeared in a virtual preliminary hearing on Monday.

At the resumed hearing on Tuesday, Judge Piet Koen of the Pietermaritzburg High Court, said the adjournment was to allow Zuma’s legal team ample time to prepare their defense and for him to make a physical appearance.

Zuma, who is currently observing a 15-year-jail term after he was found guilty of contempt of court, is facing 16 charges of fraud, corruption and racketeering related to the 1999 purchase of fighter jets, patrol boats and military gear from five European arms firms when he was deputy president.

He is also accused of taking bribes from one of the firms, French defence giant, Thales, which has been charged with corruption and money laundering.

As the trial, which began in May, faced repeated delays, the former president was found guilty on June 29 for disobeying a Constitutional Court order to testify before a judicial panel conducting a separate probe of corruption during his presidency.

His resulting imprisonment sparked days of protests, looting and arson, in his home province of KwaZulu-Natal, as well as Johannesburg and Gauteng province, which led to the death of over 200 people.

Zuma’s legal team cited the unrest, as well as the ravages of the coronavirus pandemic, as they petitioned for the delay, arguing that he had a right to appear in person during the trial.