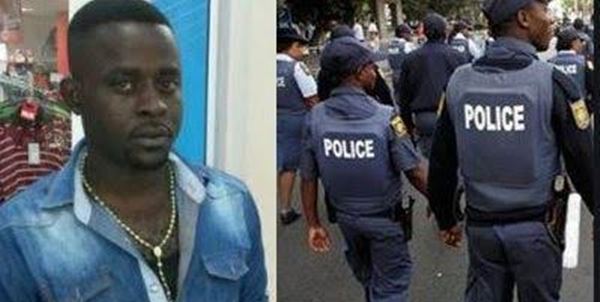 A court in South Africa has found a police constable, Austin Reynolds, guilty for the murder of a Nigerian, Ebuka Okoli.

This was disclosed by the President of the Nigerian Union South Africa (NUSA) Mr Adetola Olubajo, in a statement on Friday.

According to him, the accused was found guilty on a one count charge of murder and three charges of robbery.

Olubajo stated: “NUSA welcomes the judgment of Judge Shyam Gyanda on the brutal murder of Ebuka Emmanuel Okoli, who was shot dead by a police constable in Durban on January 19, 2018.

“The accused was found guilty on all four charges, one charge of murder and three charges of robbery. The accomplice of the accused during the illegal raid turned state witness.”

According to reports, Ebuka was shot at close range during an alleged illegal raid by Reynolds and his colleague on the community where the deceased resided in Durban.