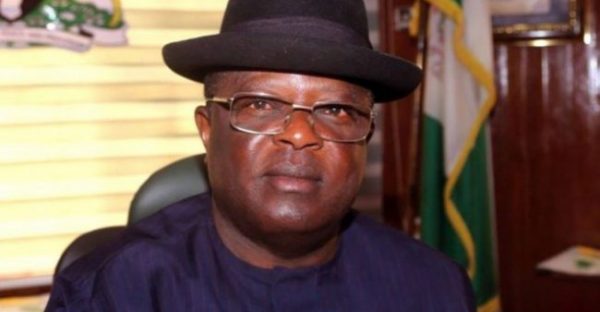 The Ebonyi State Governor, David Umahi has stated that the South-East region wants the entrenchment of fairness in the zone, rather than agitations for war.

Umahi made this call during a media conference on Thursday organised by the Presidential Media Team in the State House, Abuja.

“In the Southeast, we don’t want war, we don’t want to secede, we want to be a part of a fair Nigeria where justice, equity, and freedom exist,” the governor noted.

The governor explained the situation in the South-East as a mixture of reality, fake news, and war propaganda.

Umahi bemoaned the hijack of legitimate agitations by the IPOB and MASSOB by state actors who escalated the unrest in the region.

“Are there rightful agitations in the Southeast. Yes. Has it turned violent? Yes. It’s been hijacked”.

According to him, foreign herders have infiltrated the country and are causing mayhem. “Anyone who is against the ban on open grazing is saying the killings in the country should continue”.

He insisted that the establishment of security outfit, Ebube Agu which has been passed into law in Ebonyi state is empowered to arrest anyone found culpable of steering chaos.