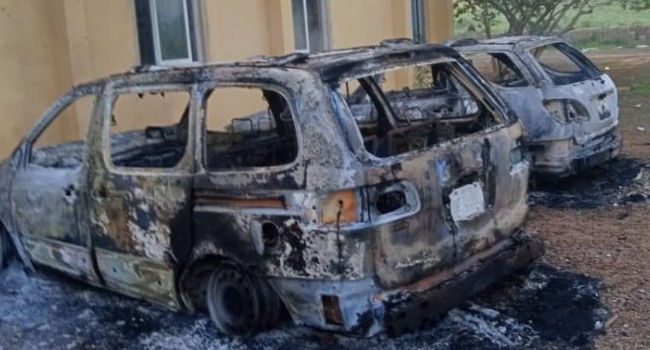 The criminals who stormed the facility in large numbers opened fire on police officers.

At least three vehicles were also razed in the incident.

The zonal headquarters controls the Anambra and Enugu States’ commands.

Governor Willie Obiano, who addressed journalists in Awka shortly after the attack, decried the worsening security situation in the South-East, saying the state was under siege by criminals.

The latest attack is the fourth on public facilities in the South-East this month.

Gunmen had earlier this month attacked the Mbiere Divisional Police Headquarters in Mbaitoli Local Government Area of the state and the headquarters of the state police command in Owerri.

The command headquarters was attacked on April 6, the same day the hoodlums raided the state’s custodial centre in Owerri and freed 1,844 inmates.

Related Topics:#featuredAnambraPolice headquarters
Up Next