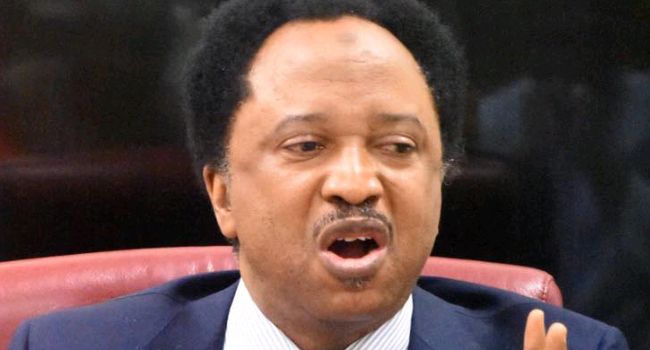 Former Senator who represented Kaduna Central senatorial district in the 8th National Assembly, Shehu Sani, has lamented the fact that the South-East is gradually witnessing the level of insecurity in the North-East, from being a once peaceful region.

Sani also called on President Muhammadu Buhari to do everything possible to arrest the situation so that the region does not turn into a minefield of killings and destruction.

Reacting to the assassination of former Special Adviser on Political Affairs to ex-President Goodluck Jonathan, Ahmad Gulak, on his Twitter handle on Monday, the former lawmaker, who condemned the increasing attacks in the South-East, stressed that “terrorists like the now famous unknown gunmen can only destabilize the region through their operations,” just like Boko Haram insurgents have been doing in the North-East.

“Everything that happened in the North East is gradually happening in the South East. The tragic experiences of the people of Borno, Yobe & Adamawa should be a lesson to learn from,” he posted.

“Terrorists like unknown gunmen can only destabilize the region with their operations. This must stop. President Buhari must rise up the occasion and save Nigeria from anarchy.”

“When violence persists in a region in the form of attacks, killings, collapse of security and gross human rights violations by both the state and non-state actors, foreign countries will start issuing travel advisory warnings, then pull out of investment and then displacement of people.”

Everything that happened in the North East is gradually happening in the South East.The tragic experiences of the people of Borno,Yobe & Adamawa should be a lesson to learn from.Terrorists like unknown Gunmen can only destabilize the region of their operations.This must stop.