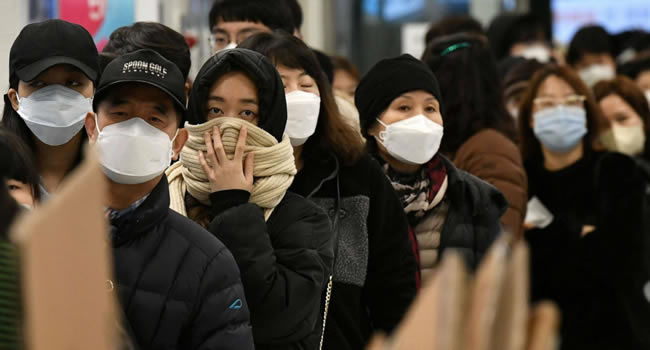 South Korea has reported 2,109 more cases of COVID-19 variants for the past week, bringing the total number of such cases to 8,125, the health authorities said on Tuesday.

Among the new cases found since July 25, 240 were imported from overseas while the remaining 1,869 were locally transmitted, according to the Korea Disease Control and Prevention Agency (KDCA).

The far higher number of local transmissions indicated the domestic spread of the variants, according to reports from Xinhua.

The four variants were believed to be more transmissible than the original one.

Meanwhile, the country confirmed the first two cases of the Delta plus variant, a sub-variant of the Delta variant.

The two cases were people infected with the Delta plus variant even after a full vaccination, according to the health authorities.

The daily caseload hovered above 1,000 for 28 straight days.

Among the new cases, 50 were imported from overseas, raising the combined figure to 12,069.

Africans protest in India after death of Congolese in police custody