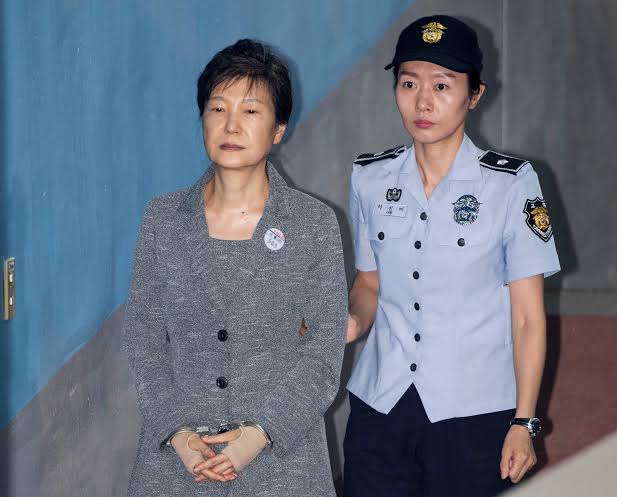 The South Korean authorities, have pardoned former President Park Geun-hye, who was serving time in prison for corruption.

The country’s Justice Ministry which made the announcement on Friday, said Park’s pardon “is aimed at promoting national unity in the face of difficulties caused by the coronavirus pandemic.”

Park Geun-hye was arrested and sent to prison in 2017, after being removed from office following a corruption scandal that prompted months of protests.

She was on a list of people receiving special amnesty and was pardoned from “a perspective of national unity”, Justice Minister Park Beom-kye explained to reporters following the ministry’s announcement.

The Justice Minister was quoted as saying that the former president’s pardon was discussed during a two-day meeting of the ministry’s amnesty review committee earlier this week, adding that the health factor “was a very important criterion” in the amnesty decision.

The 69-year-old was serving a 20-year prison sentence for bribery and abuse of power, with another two years after that for election law violations.

The corruption scandal had exposed shady links between big businesses and politics in South Korea, with Park and her close friend Choi Soon-sil accused of taking bribes from conglomerates, including Samsung Electronics, in exchange for preferential treatment.

Park had pleaded her innocence to the charges, saying she never accepted the money, claiming that the charges were fabricated as part of political revenge by a conservative government against her administration.

Park’s predecessor Lee Myung-bak, who is also imprisoned, was not pardoned. He is serving a 17-year prison sentence over embezzlement and bribery convictions.