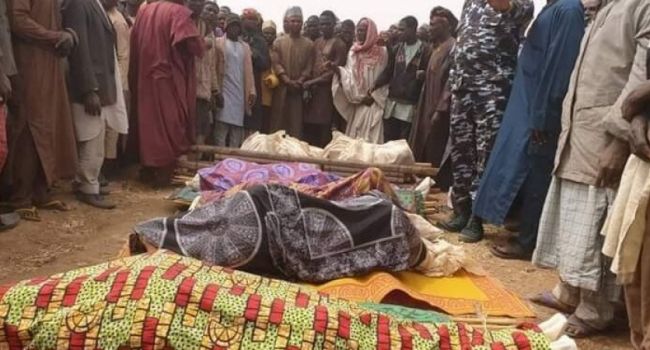 The Southern Kaduna People’s Union (SOKAPU), has cried out over the incessant attacks, kidnappings and killings in the Southern parts of Kaduna State by terrorists and bandits whom they claim, are bent on exterminating the people in an ethnic cleansing plot being orchestrated by some forces.

SOKPAKU which is a body of socio-political, cultural and ethnic groups in the Southern Kaduna senatorial zone, at a press conference held in Kaduna on Thursday, said the impact of banditry and terrorism in the area in the last six years has shown that the aim is geared towards an ethnic cleansing.

While speaking at the press conference, SOKAPU President, Jonathan Asake, said so far, around 200,000 of the Southern Kaduna people, including women and children, have been displaced, while over 148 communities have been destroyed by the bandits and terrorists, rendering the communities uninhabitable.

“We are calling on Civil Society Organisations (CSOs), Non-Governmental Organisations (NGOs), Foreign Missions, European Union, United Nations, among others, to beam their searchlight on the atrocities, crimes against humanities and ethnic cleansing being perpetrated against the people of Southern Kaduna,” Asake said.

“These horrendous attacks on Kaduna State, especially the southern flank, have become glaring, with both government and security agencies seemingly incapable of reigning in the activities of these vicious bandits.

“From the ongoing, it is clear that the bandits/terrorists have taken over many villages and town and are closing in on the Kaduna city centre.

Asake gave reasons that are responsible for the killings and attacks in the region, pointing out that the terrorists were targeting the mineral deposits in the area and the vegetation for cattle grazing.

“Several communities have been attacked in Southern Kaduna at genocidal proportion.

“It is very clear that Kaduna State is under siege by a combination of killer Fulani herdsmen, kidnappers, bandits and other criminal groups who have continued to terrorise peaceful, vulnerable and defenceless Nigerians resident in the state.

“These ceaseless attacks have continued to leave in their trail tales of massacre, maiming, destruction of property and crops, raping of women and mass displacement of persons from their homelands.

“Just this week on Monday, April 25, 2022, heavily armed killer Fulani herdsmen in their large numbers riding on motorbikes, invaded some communities in Kamaru ward, Chawai Chiefdom of Kauru Local Government Area where no fewer than 25 persons were murdered in cold blood,” Asake added.