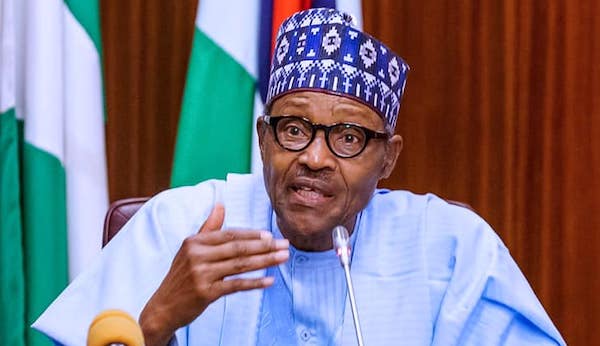 The Southern and Middle Belt Leaders Forum has condemned the move by President Muhammadu Buhari’s government to return the rejected Water Resources Bill to the National Assembly.

Like Professor Wole Soyinka and Governor Samuel Ortom, who had also condemned the move, the leaders urged Nigerians not to surrender the soul of the country to its shenanigans, adding that Nigeria “must outlive the Buhari government in its schemes.”

Also kicking against the replacement of Silas Agara, a Christian with Nasiru Isa, a Muslim, as National Population Commission (NPC) chairman, the Southern, Mildle Belt Forum said that they had approached the court to challenge excesses of Buhari’s government.

This was contained in a statement released by the group at the weekend and signed by a South-South leader, Chief Edwin Clark; Afenifere leader, Chief Ayo Adebanjo; Ohanaeze leader, Chief John Nwodo and Middle Belt Forum, MBF, Dr. Pogu Bitrus.

The statement read, “The Southern and Middle Belt Leaders Forum is, once again, impressed with Governor Samuel Ortom of Benue for showing how a governor should be responsive to the plight of his people under repression with his latest statement on the obnoxious, vexatious and divisive overwork the Buhari government is doing for herdsmen its devious plan on water resources bill.

“The Governor insisted that the bill which sought to bring all water sources (surface and underground) as well as river banks under the control of the Federal Government through its agencies was anti-federalism and also negated the right of Nigerians to their God-given resources.

“He further observed that Section 13 of the Bill, states thus: ‘In implementing the principles under subsection (2) of this section, the institutions established under this Act shall promote integrated water resources management and the coordinated management of land and water resources, surface water and groundwater resources, river basins and adjacent marine and coastal environment and upstream and downstream interests.’

“He described as curious, the reintroduction of the Bill, which was rejected in 2018 by the 8th Assembly adding “those pushing for the passage of the bill at all cost have a surreptitious motive which is not yet clear to other Nigerians. We agree totally with the Governor and state further that this government is obviously working on a pernicious agenda to permanently damage this country with unpopular measures such as this revived water resources bill.

“That Buhari like Mobutu Sese Sekou of Zaire wants to be succeeded by chaos daily manifests in its reckless conduct of our national affairs. This country has lived in peace for several years with its lands vested in the governors through the Land Use Act which is part of the constitution.

“We were shocked as a country last week to listen to the Secretary to the Government of the Federation (SGF), Boss Mustapha announcing the approval of Mr Silas Agara, as the approved chairman of National Population Commission after the latest Council of State meeting.

“The report was relayed on NTA, only for the medium to announce a substituted name of Nasiru Isa before the end of the news, confirming our fear that Buhari’s men were planning to replace the Christian with a Muslim playing on our fault lines.

“We have approached the court to challenge the excesses of this government and urge Nigerians not to surrender the soul of the country to its shenanigans. Nigeria must outlive the Buhari government in its schemes.”