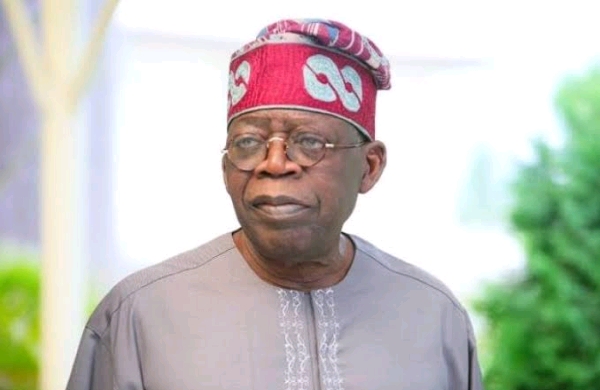 A group, the Southwest Consensus Group, SCG, has called on President Muhammadu Buhari and the North to be wary of the expansionist agenda of the National Leader of the All Progressives Congress, APC.

The group further averred that the APC National Leader has in reality been the one marginalizing the zone in favour of Lagos based or bred politicians.

The group, in a statement issued on Wednesday by its Chairman, Adegoke Adeboye, insisted that the former governor has not only shown he is the most powerful member of the ruling party but have also made his adopted state the most powerful  state in the region.

“The Yoruba agitation is loud but unheard because the seeming marginalisation of the region is man or self inflicted.

“The Lagos landlord can’t be said to be fighting for the Yoruba people as his antecedent during the NASS leadership struggle in 2011, when he abandoned two yoruba candidates to support Aminu Tambuwal and ensured members of his party voted against the two Yoruba candidates speaks volumes of what he stands for.

“Asiwaju Tinubu also showed his love for Lagos and disdain for other states in 2015, when he vehemently opposed an illustrious Yoruba son from Osun, Rt. Hon Lasun Yusuf.

“The singular sin of Hon. Yusuf is that he is from Osun, a supposed colony of Lagos, where they can only be surrogates to Lagos and her lord.

“It is also worthy to recall that the expansionist moves of the APC national  leader was responsible for sending Rauf Aregbesola to Osun, Femi Lanlehin to Oyo, Opeyemi Bamidele to Ekiti and several others to seek elective posts.

The expansionist agenda made him reject a more popular candidate in Osun where the controversy killing the APC began with the issue of direct and indirect  primaries. The Deputy Speaker of the house of Representatives, Hon Lasun Yusuf was frustrated because a Lagosian must replace another in Osun, the group said in the statement.

Arguing that the Lord has been kind to Asiwaju Tinubu with the victory of the APC in 2015, especially with the vice president slot he got on a platter of gold, the group insisted that it he was expected to redirect his energy towards the emancipation of the region.

“Sadly, he is more concerned about making Lagos the beneficiary of all that this regime has to offer.

“Lagos, being the former capital of Nigeria, has the advantage of infrastructures than any other state of the nation. Why then should Lagos see herself like the only state of the region? Why should almost every benefit accruable to the southwest be given to Lagos?, the group asked.

Reeling out the many juicy portfolios Lagos based/bred politicians have cornered courtesy of the overbearing influence of Tinubu, the group pointed out those of the vice presidency slot and the most powerful minister.

SCG added: Besides Vice President Yemi Osinbajo and Babatunde Fashola, both members of the Tinubu cabinet while he served as governor of Lagos State, some of the most admired boards have been ceded to Lagos.

“The chairman of SMEDAN is Mr Femi Pedro, the erstwhile Deputy Governor to Bola Tinubu, while Fashola’s Deputy, Adejoke Orelope-Adefulire is the SSA on SDGs to Mr.Pressident.

“The Lagos group also boasts of the chairmanship of AMCON in the person of Muiz Banire, a former commissioner from Lagos while the former revenue boss in Lagos, Tunde Fowler, is now the head of the FIRS.

“Further checks show that Lagos also donated the SSA on Diaspora, Abike Dabiri Erewa to the Presidency, while the deputy chief of staff, Ade Ipaye is also from Lagos. The SA Media, Femi Adesina and Babafemi Ojodu, SA political to Mr President are both from the Lagos school of thought”

Continuing, the group said the Lagos marginalization continues with the appointment of another Tinubu’ aide, Yomi Edu as the chairman of the Ogoni clean-up, a multi-billion dollar project in far away Niger Delta!

“Two powerful women who worked with the APC national leader are also holding very sensitive offices in the administration. Kemi Nelson is ED NISTF while her counterpart in Tinubu’ cabinet, Teju Phillips, heads the Federal College of Agriculture, Ibadan.

“The Lagos magic also clinched the all important position of Economic Adviser in the person of Adeolu Dipeolu.

“The Director General of the National Lottery Commission, Lanre Gbajabiamila is from Lagos. The Executive Director in charge of micro credit at the Bank of Industry is Toyin Adeniji, another Lagos product, among several others, the group lamented.

The group also decried current moves by Tinubu to make another Lagosian the Speaker of House of Representatives in the person of Hon. Femi Gbajabiamila, when the incumbent vice president is from the same state.

This shows clearly that the APC national leader is only concerned about Lagos and his protégés than the collective interest of the Yoruba people.

“The move also by Asiwaju Tinubu to influence who becomes the next Senate President is another way to arm twist Mr. President and move from the Southwest to making himself a national king maker

“If Mr President stays aloof and allow his candidates to emerge, then he can be sure his presidency is the next target

“We therefore call for Mr President, the North and all men of conscience to beware of the antics of Asiwaju Tinubu before we are all consumed by his insatiable appetite and lust for power, the group warned.