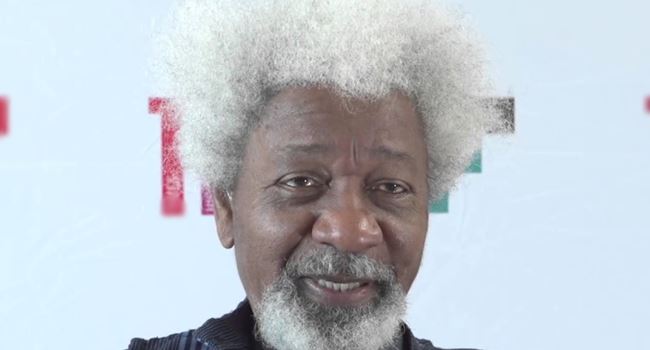 Nobel Laureate and playwright, Prof Wole Soyinka, has cried out over a fake account on WhatsApp with a post credited to him purportedly expressing his support for the agitation of a Yoruba nation.

In a statement on Thursday denouncing the post, Soyinka said he does not have any social media account and the post did not emanate from him.

In the statement titled ‘They are back’, Soyinka urged the general public to ignore the post and utterances of the people who stole his identity to pass messages on social media.

The foremost writer also noted that any views he wanted to express on any issue would be done through the print media and not via any social media platform.

“Professor Wole Soyinka wishes to denounce the fake WhatsApp posting on the Yoruba state agitation being attributed to him,” the statement reads.

“Once again, he requests the public to ignore the utterances of those contemptible interlopers, who lack the courage of their conviction and thus take to identity theft for the furtherance of their views.

“For a start, Wole Soyinka does not participate in Facebook, tweet, blog, WhatsApp or other offerings of the social media.

“Any views that he wishes to express on national and other issues routinely go through the print media.”

Related Topics:FacebookSoyinkawole soyinka
Up Next

Why we can’t give Nigerians a new constitution now —Senate