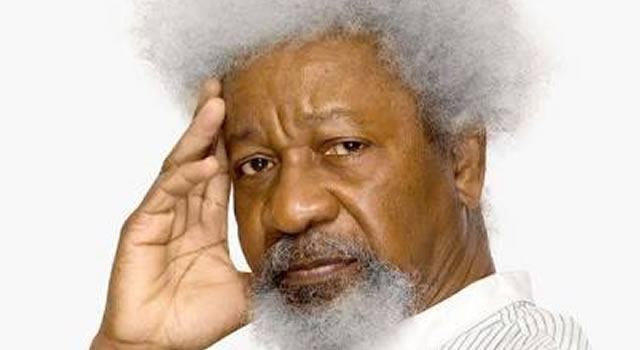 Professor Wole Soyinka on Wednesday lamented the dangers of fake news, warning that it could cause World War III and that the fake news may be started by a Nigerian.

The Nobel Laureate, stated this on Wednesday in Abuja at a symposium on fake news organised by BBC News.

He was a panelist at the event tagged, ‘Nigeria 2019: Countering Fake News’.

The playwright said he had been a victim of fake news in different ways including being reported dead and severally being misquoted.

“I’ve said this before that fake news may cause World War III and the fake news will be started by a Nigerian.”

On the argument that a legislation be passed to address fake news, Soyinka, said Nigeria has sufficient laws to counter the purveyors of fake news.

Soyinka also spoke on the leaked audio tape, where Minister of Transportation, Rotimi Amaechi, allegedly made comments on Buhari.

He said there was nothing as insult on President Muhammadu Buhari in the tape.

“Just two or three days ago, I read an item where a minister was supposed to have insulted the President and it was carried in some media and I checked the statement and of course there was a video and so on and I looked through it, I read the text again and again and I said I have to relearn the English language because I didn’t see where the insults were.

Read more: OSINBAJO: Fake picture almost put me in trouble with my wife

“So sometimes, print media feels compelled to compete with the electronic media and this is a great mistake because there is a reputation, there is an expectation and you should not be embarrassed to show yourself superior to a medium which is accessible to the lowest, the very dregs of society,” he said.

“The rate of poverty is very high. The people are hungry. Nigeria will divide!”

Amaechi, who is also the Director-General of the Buhari Campaign Organisation, had since claimed that the audio was doctored.