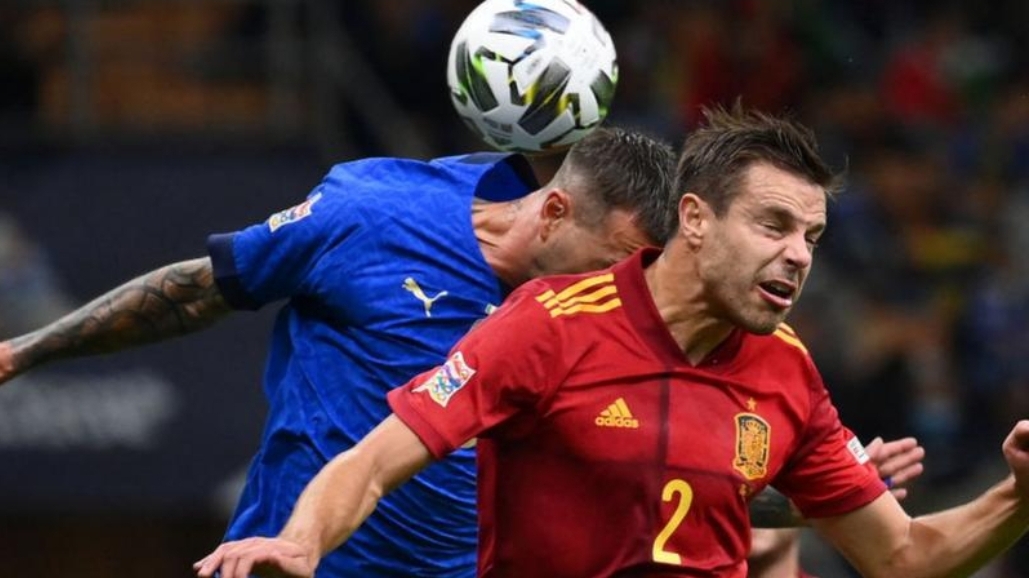 Spain have defeated Euro 2020 champions Italy in their semifinal tie to reach the final of the European Nations League.

With a 2-1 victory after an enthralling encounter at the San Siro, Spain ended Italy’s world-record run of unbeaten games at 37.

Spain handed 17-year-old Barcelona midfielder Gavi a start, making him the youngest international in their history.

Italy were 1-0 down when captain Leonardo Bonucci was sent off for two bookings, the second for an elbow on Sergio Busquets.

Italy trailed 2-0 until Lorenzo Insigne’s 83rd-minute goal after a wonderful Federico Chiesa run on a counter-attack, but could not find a late equaliser.

The defeat marks the first time Italy have lost a competitive game in their homeland since 1999.

Footballer in Brazil charged with attempted murder after kicking referee