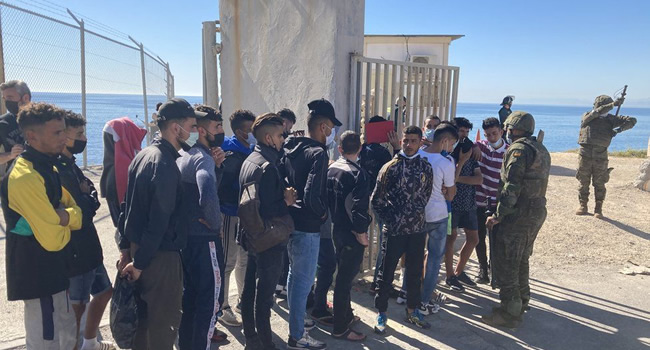 The Spanish government says it has sent back 6,500 illegal immigrants who swam across the Mediterranean into the Spain enclave of Ceuta.

On May 17, around 8,000 immigrants, including 1,500 minors, had reportedly swam from Morocco to the Spanish enclave in the largest influx of illegal migrants ever reported in a single day.

They had reportedly entered the European country from two locations, with some entering southern Ceuta at Tarajal beach.

The influx began after Morocco appeared to loosen border controls, in what Spain saw as a retaliation for its hosting the independence leader from Western Sahara, a disputed territory claimed by Morocco and the Saharawi people seeking self-determination.

Reacting to the influx of the migrants, the Spanish Prime Minister, Pedro Sanchez, had said his country would return “immediately” all those who entered illegally as allowed by existing agreements between Spain and Morocco.

On Friday, Interior Minister Fernando Grande-Marlaska said the country has sent back 6,500 of the migeants to Morocco and that the situation in Cueta was now much calmer as authorities continue to work to help minors and other vulnerable people still in the territory.