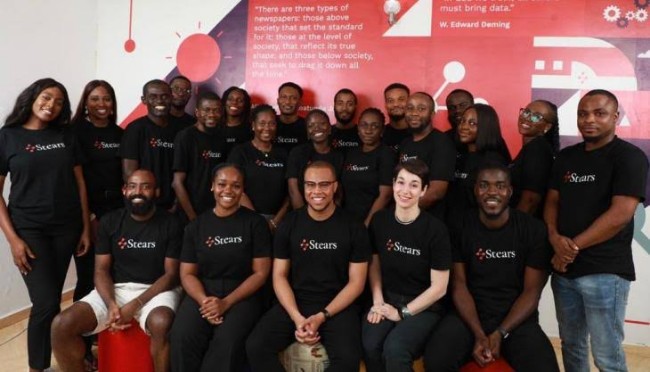 A Nigerian data and intelligence company, Stears, has announced securing a $3.3M seed round led by Mac VC and Serena Ventures, the VC company of world-class athlete, businesswoman, and philanthropist, Serena Williams.

Preston Ideh, corporate lawyer and cofounder, disclosed the new funding in a media release on Tuesday.

“We have a strong understanding of the kind of information people need.

“So our focus is on standardizing information dissemination and building with the customer in mind,” Ideh said of the new funding.

The round adds to the number of startups funded by sport queen, Serena Williams, who began actively investing nine years ago when she saw the impact that startups had on everyday lives.

Since 2014, when it launched, Serena Ventures —under the leadership of Serena Williams and partner, Allison Rapaport— has supported founders whose perspectives and innovations level the playing field for women and people of color.

2. Yardlink secures $17.5m Series A funding round led by Beringea

A UK-based construction equipment marketplace, Yardlink, has announced securing a 17.5m Series A funding round led by Beringea, with participation from Amplifier, and existing investors Speedinvest and FJ Labs.

Maria Wagner, Partner at Beringea while commenting on the investment said:

“YardLink has the potential to establish itself as the go-to marketplace for construction supplies.”

A female-led and focused VC fund, Mindshift Capital has announced its participation in the US employee wellness platform, Wellbees, Seed funding round.

Heather Henyon, Founding Partner of Mindshift Capital confirmed in a press release that it participated in Wellbees’ latest $2.2 million Seed funding round, alongside other VCs including 212, Assist Ventures, Sarus Select Capital, and Doha Tech Angels.

Wellbees is a one-stop-shop tech solution for HR professionals and employees, allowing employees to gain better habits that can impact their lives.

“We are excited to be backing Melis, who is a force of nature, and the team that she has assembled. She has already proven the concept with more than 40 clients in 17 countries,” said Heather

“We are thrilled that Mindshift Capital is joining this round!” said Wellbees CEO and cofounder Melis Abacıoğlu added.

Abacıoğlu said that the funding will allow Wellbees establish a data science team to strengthen the company’s analytics, as well as increase its market share, especially in the UK and MENA markets.

If you look at your keyboard, and the first six letters under the numbers are Q-W-E-R-T-Y, then you have a QWERTY keyboard.

Egypt’s Milango partners ValU. 2 other stories and a trivia