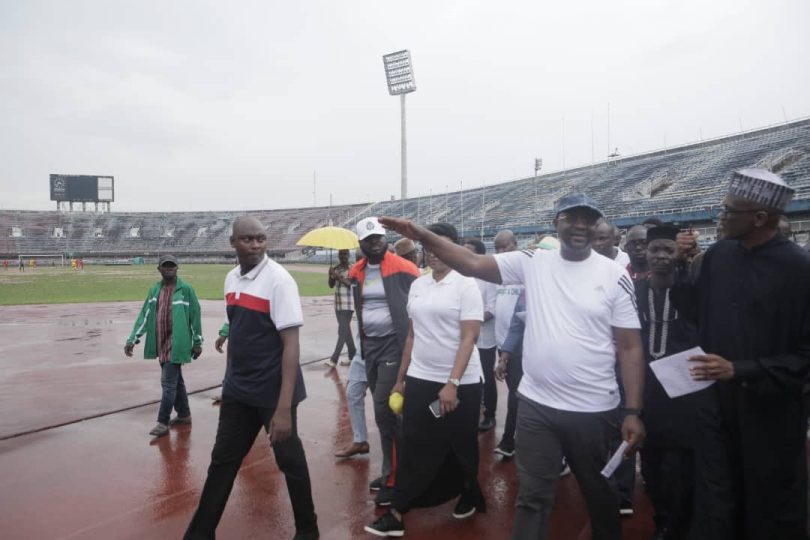 Nigeria’s Minister of Youth and Sports, Sunday Dare on Saturday inspected the national stadium in Abuja and lamented the deplorable state of the facility.

The stadium, which was on Democracy Day 2019 renamed as Moshood Abiola National Stadium, was completed in 2003 ahead of the 8th All Africa Games which took place in October that year.

But the current state of the facility has been a cause of worry among athletes and other sports stakeholders in the country.

Dare inspected the stadium during the weekend, and in a statement made available on Sunday, the Minister promised to take steps at restoring the glory of the edifice.

“The deplorable state of the stadium concentrates the mind. A national monument left to waste.

“Thank God the Buhari government is taking proactive steps at restoration. I key into this. Our national stadium will regain its glory.”

The Minister however admitted that the work would require a lot of resources and efforts from different stakeholders of the society, but said he is determined to drive the process.

“The effort to restore this national edifice which is central to bringing back the culture of sports will require political will, resources, various levels of govt working together and importantly a large dose of participation by the private sector. Determined to drive this process,” he added.