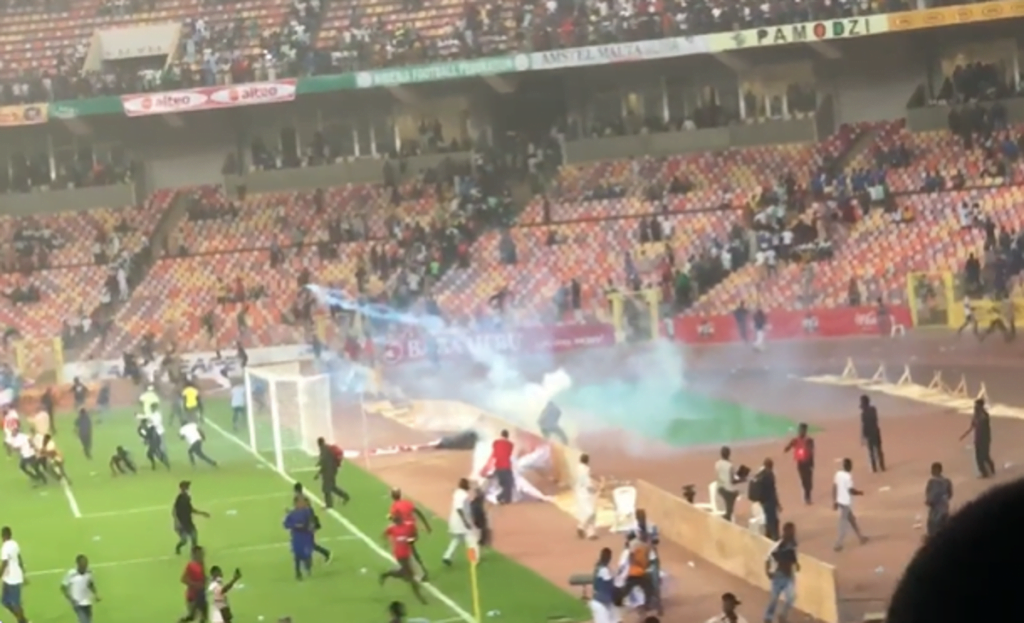 The Federal Ministry of Youth and Sports development has said that repair works have been completed at the Moshood Abiola National Stadium in Abuja.

The mainbowl turf of the national stadium as well as two of its training pitches are back in good shape and ready to host international football matches again, according to the Ministry.

“In addition to the revamping of the playing turf, the stadium now has new installed FIFA approved technical and players’ bench, as well as more effective underground water sprinklers,” a statement read.

Ripples Nigeria recalls that the facility was left in bad shape following the chaos that followed after the Super Eagles of Nigeria failed to clinch the 2022 FIFA World Cup ticket in April.

Angry fans destroyed key facilities at the Stadium after the Eagles played a 1-1 draw against the Black Stars of Ghana in the second leg of the World Cup playoff, which gave Ghana the pass to Qatar.

Ripples Nigeria also recalls that the turf of the mainbowl had taken a heavy blow after clubs and other teams were allowed to use the Stadium for sporting activities.

The Super Eagles recently beat Sierra Leone 2-1 in the opening game of their 2023 African Cup of Nations qualifiers at the stadium, but the state of the pitch left so much to be desired.

It led to the Ministry directing that the facilities of the stadium be used only for the national teams to prevent abuse and over use.

The Moshood Abiola Stadium was rehabilitated through the Public-Private Partnership (PPP) arrangement of the Sports Ministry and the Dangote Industries Group late last year.

Other stadiums being rehabilitated by the Ministry’s Adopt a pitch Initiative include the National Stadium, Surulere, Lagos and the Obafemi Awolowo Stadium (formerly called Liberty Stadium) in Ibadan.

Meanwhile, Minister of Sports, Sunday Dare has continually said that works at the Surulere Stadium and the Obafemi Awolowo Stadium would continue to be monitored until their turn around was completed.