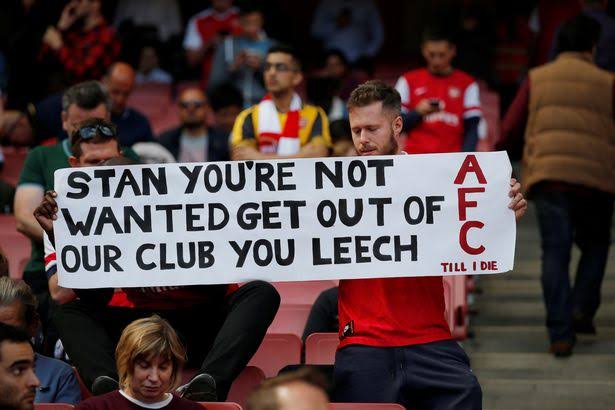 English Premier League club, Liverpool have announced that they made a pre-tax loss of £46m for the year ending 31 May, 2020.

This loss was mainly due to the coronavirus pandemic, which forced competitions to be suspended between March and June 2020.

Although the Reds went on to win the Premier League title after the campaign resumed, matches were played behind closed doors, causing the matchday revenue to drop.

The club said the “matchday revenue was down by £13m to £71m as a result of four fewer Premier League home games during this period” as overall revenue reduced by £43m to £490m.

Liverpool are not the only top club in England to have announced their loss, as Manchester United had also, in October 2020, announced a net £23.2m loss, while Manchester City reported a loss of £126m for the 2019-20 season in April 2021.

Arsenal not for sale, owners say

Amid calls by Gunners fans for owners Stan Kroenke and Josh Kroenke to give up the club, both stakeholders have reiterated their willingness to continue.

Following the involvement of Arsenal in the proposed European Super League, more than 1,000 fans protested against the current owners last Friday outside Emirates Stadium.

With fans protesting, some persons have publicly showed interest in buying the club, with Thierry Henry, Dennis Bergkamp and Patrick Vieira joining Spotify founder, Daniel Ek’s bid to take over.

But 73-year-old American owner, Kroenke and his son, Josh say they remain “100% committed” to club and “are not selling any stake”.

“We have not received any offer and we will not entertain any offer,” they said.

“Our ambition for Arsenal remains to compete to win the biggest trophies in the game and our focus remains on improving our competitiveness on the pitch to achieve this.”

Ripples Nigeria has also reported the interest of Nigerian billionaire, Alh. Aliko Dangote in buying Arsenal. Dangote, who had always made his love for the club known, once hinted he would likely go for a takeover bid sometime in 2021. The businessman has however been silent on the matter lately.

Nagelsmann to replace Flick as Bayern manager at end of season