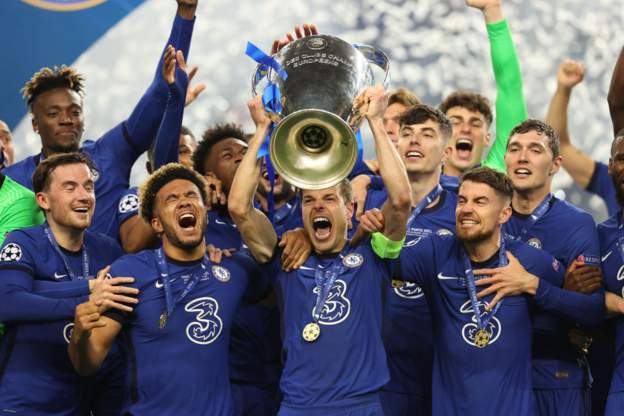 In this edition of SportsBusiness, we take a look at the prize money won by latest champions of Europe, Chelsea football club of England.

The thrilling encounter at Porto Stadium saw Thomas Tuchel’s side hold on to seal a 1-0 victory over Pep Guardiola’s team, courtesy of a 42nd-minute winner by Kai Havertz.

Winning the Champions League is a major financial boost for Chelsea, and although losing came with pains and regrets, runners-up Manchester City are not left out in the money pot.

Why is the Champions League so lucrative?

The UEFA Champions League is the premier club competition on European soil. Simply reaching the group stage of the competition is worth millions of euros and makes big impacts in club’s finances.

The overall prize handed out to participating teams is dependent on how many games a team wins and how far they manage to get in the race for the title.

It all starts at the beginning, where for just entering the group stage phase, the clubs are entitled to a startling €15.25 million.

The next incentive comes in the form of bonus money for every win (€2.7 million) and draw (€900,000) during the group stage clashes.

The eventual winners then get the incredible sum of €19 million while the runners-up receive €15 million, on top of what they have earned along the way to the final.

So, how much did Manchester City earn?

Recall that Silver medalists, Manchester City won five group stage games and drew one, meaning they had earned over €60m before reaching the final.

Their runner-up finish, which gives them an additional €15million, means they have raked in around €75 million for their performance in this season’s Champions League.

How much did Chelsea earn?

On their part, champions Chelsea won four group matches and drew two, meaning they earned a little under €60 million up until the final showdown this weekend.

The win in Portugal – worth €19million – then takes the Blues’ total earned in the competition to just around €80 million.

But that’s not all. There are actually other monies!

It is worthy of note that the figures above are based on the teams’ performances alone.

UEFA also distributes more money to clubs based on the broadcast ‘market pool’ concept, which sees revenue allocated based on the size of a television market.

These have been the system and figures in recent times, but it is not yet clear how much impact the coronavirus pandemic would have on the competition.

Two consecutive seasons of the Champions League have already been affected by the pandemic, with several games played behind closed doors.

Meanwhile, Ripples Nigeria earlier reported the latest study by KPMG, which showed how 32 top clubs in Europe suffered a €6.1 billion loss during the pandemic.

Chelsea and Manchester City were part of that list, with both teams recording 15% and 17% decline respectively in their enterprise value.

But following their latest fortunes, it is likely that both sides would announce a better financial record this year, which would certainly reflect in the next edition of the KPMG study.