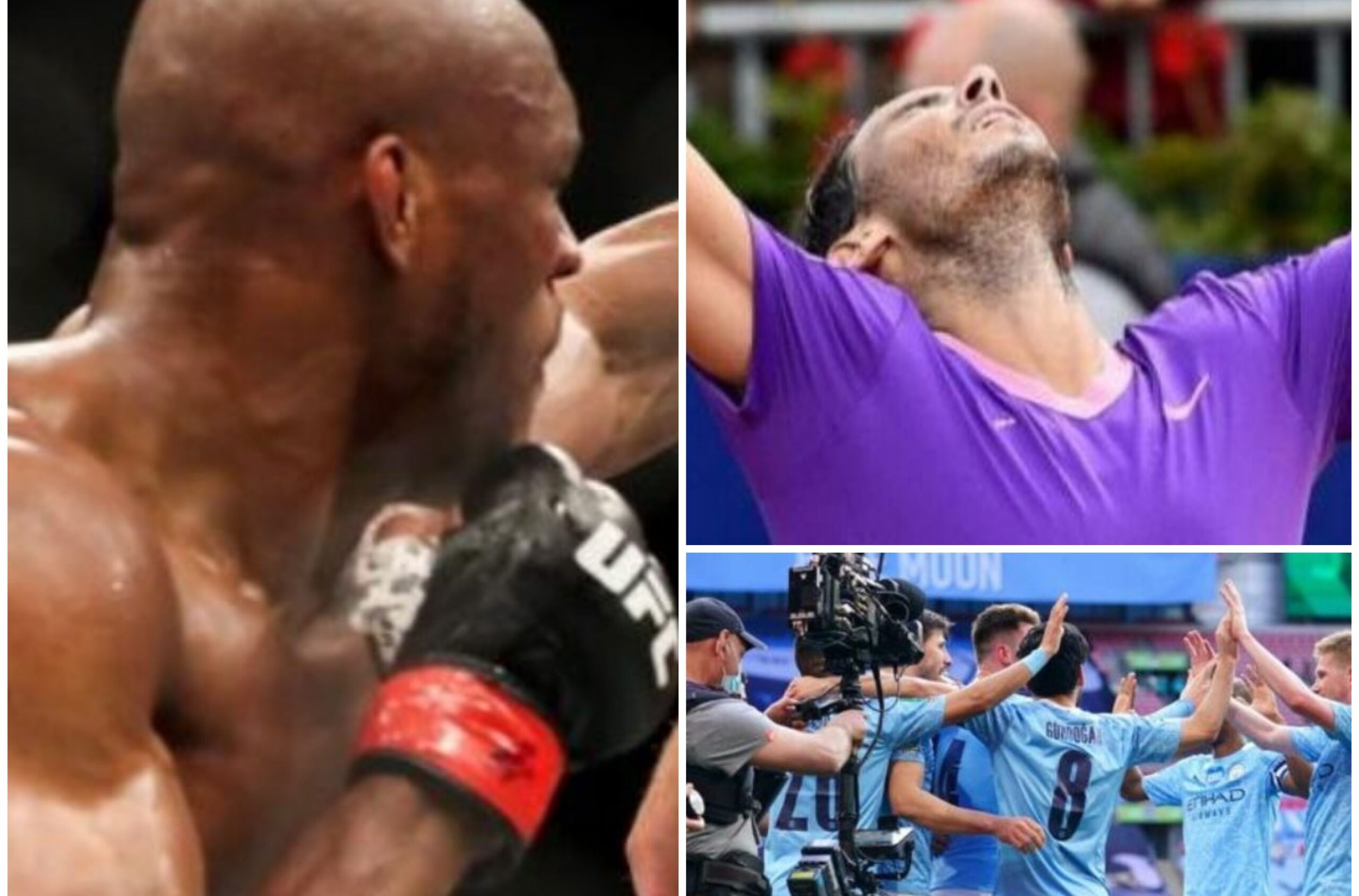 Usman, who successfully defended his Welterweight championship belt for the fourth consecutive time following the victory, knocked out Masvidal with a second round punch.

The bout, which took place in front of 15,000 fans in Jacksonville, saw fans return to the UFC for the first time since the coronavirus pandemic.

Usman, according to Sports Bible, walked away with a total of $1.5m from the show, including Pay-Per-View bonus as well as sponsorships.

According to Tennis Net, 1.57 million euros was distributed in Barcelona, with the winner receiving 178,985 euros.

Tsitsipas, who had beaten Nadal in the quarterfinals of the Australian Open last February, also got 111,600 euros for losing in Sunday’s final.

English Premier League club, Manchester City may have raked in around £100,000 after beating Tottenham Hotspur in the final of the Carabao Cup on Sunday.

City defeated Spurs at Wembley Stadium with about 8,000 fans watching live at the arena.

City defender Aymeric Laporte scored the only goal of the game in the 82nd minute to hand the club a fourth consecutive Carabao Cup triumph, leaving Spurs to continue their 13-year wait for a major trophy.

For winning the competition, the Pep Gaurdiola side definitely got richer as the title is worth around £100,000 according to most recent figures.

Despite losing in the final, runners-up Spurs are also to be rewarded with about £50,000, while the losing semi-finalists – Brentford and Manchester United – would be given a consolation prize of around £25,000 each.

Juventus, others get June 21 deadline to withdraw from ESL or face Serie A ban