Spotify launches income solution for creators. 2 other things and a trivia | Ripples Nigeria 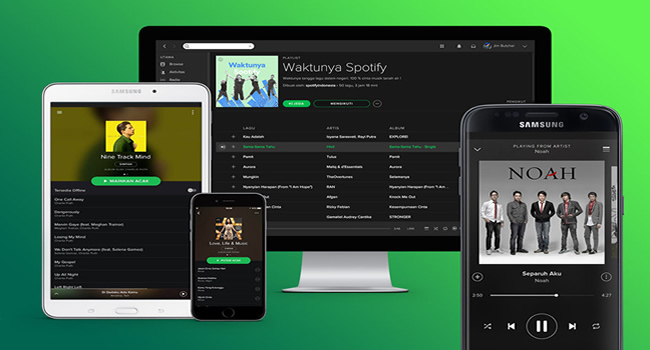 Spotify has launched a paid podcast subscriptions which will allow creators to attract listeners who are willing to pay for bonus content.

The audio platform made the announcement on Thursday in a press statement to explain the details of the new offering.

According to the release, “through Spotify’s podcast creation tool Anchor, podcasters will be able to mark select episodes as subscriber-only content, then publish them to Spotify and other platforms.”

The service was initially tested with a dozen independent creators and is now expanding to creators who had previously registered for the waitlist.

However, for the time being, Spotify is only opening up paid subscriptions to creators in the U.S., but it aims to expand internationally in the months ahead.

Egyptian mobile lending app Kashat has closed a funding round from Cairo Angels.

The fund comes on the heels of the company’s plan to expand its product suite and scale operations.

Founded by Sumair Farooqui and Karim Nour and launched last year, Kashat is the first nano lending mobile application in Egypt, offering short-term loans of between EGP200 (US$13) and EGP1,500 (US$95) with a repayment plan up to 61 days.

With a venture model designed to serve unbanked Egyptians, the startup throws itself into an opportunity to serve almost two-thirds of the population.

The funding partner, Cairo Angels, is a global network of angel investors focused on supporting startup opportunities in Egypt, the Middle East and Africa.

Speaking on the development, Sumair Farooqui expressed gratitude to the funding partner, noting that the new raiser will see the startup enhance its services.

He said: “We are grateful to Cairo Angels for putting their trust and faith in our mission and becoming part of our journey.

“We are excited to enter the next phase of our growth where we will continue to innovate to deliver solutions that help enhance opportunities for our users to be included in the wider financial system of Egypt.”

Having merited the investment from the VC, Anton Baumann, executive director at Empowerment Capital and Imvelo Ventures points out the types of startups that the VC invests in.

“With a combination of long-term patient growth capital, mentorship, and access to market, we aim to assist their growth locally with our corporate partners and later beyond Africa, internationally.

“A combination of commercial potential and social impact is a critical element we look for.”

Data from the tech industry revealed that in 1992, when it was still less than 10 years after reaching the 1984 milestone of having 1,000 devices connected, the Internet was populated with 1 million devices. And only 6 years later (1998) that figure blossomed to 50 million.

This somewhat aggression led the growth to reach 1 billion in 2009 with an ever-increasing pace today as we trend toward the ‘Internet of Things’ -phones, PC, cars, watches, etc. Going by data fetched from research firm IHS, the number of connected devices well-exceeded 17 billion in 2016 with a projection to reach more than 30 billion this year (2020).

Founders Factory Africa to support African agritech startups. 2 other things and a trivia