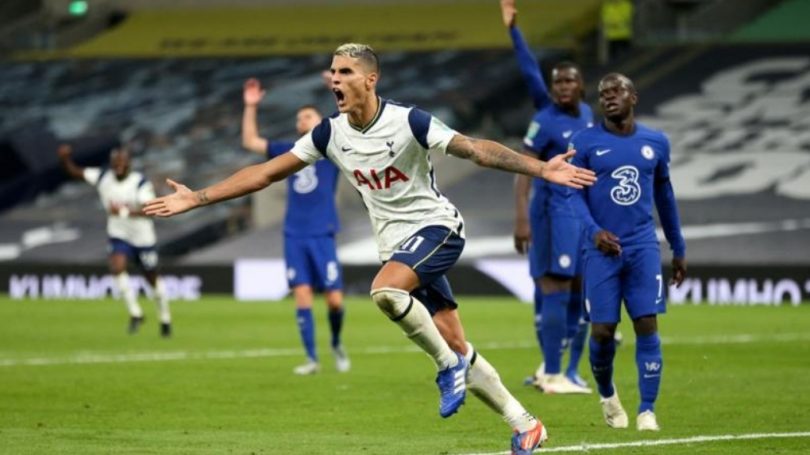 Tottenham Hotspur have secured a spot in the quarterfinals of the Carabao Cup after defeating Chelsea on penalties in an entertaining fourth-round encounter.

The game ended 1-1 at 90 minutes and in the penalty shootout, Mason Mount missed the final shot to hand Spurs a 5-4 victory.

Timo Werner scored for Chelsea in the first half, his first for the club, before Erik Lamela equalized in the second half. Then, a total of nine penalties were converted before Mount stepped up to take the 10th and missed it.

Chelsea goalkeeper Edouard Mendy made his first appearance for his new club, and made some brilliant saves, but conceded all penalties.

Spurs will go on to play against Maccabi Haifa in Europa League on Thursday, and on Sunday, they meet Manchester United in Premier League.

The Frank Lampard side have failed to win their past two league games, hitting back for a 3-3 draw against West Brom and being defeated by Liverpool.