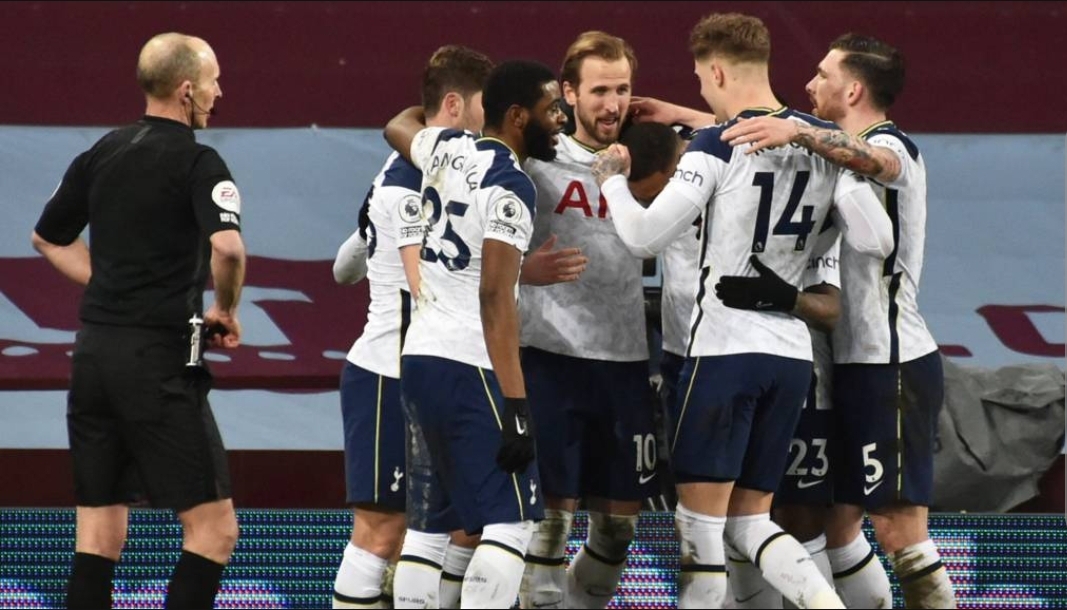 Tottenham Hotspur bounced back from their disappointing exit from the Europa League last Thursday to beat Aston Villa in the Premier League on Sunday.

Tottenham crashed out of the continent after losing 3-2 on aggregate to Dinamo Zagreb despite leading 2-0 from the first leg.

But the Jose Mourinho side put the disappointment behind them to secure an away victory as they cruised to a 2-0 win over Villa.

Spurs are now three points off the Champions League places, as they climb to sixth in the standings, three points behind Chelsea in fourth.

Earlier on Sunday, Arsenal completed a remarkable turnaround at West Ham in a six-goal thriller.

The Gunners were trailing 3-0 to the Hammers few days after they fell to a 1-0 defeat to Olympiakos in the Europa League.

Jesse Lingard, Jarrod Bowen and Tomas Soucek put West Ham in control of the game within 32 minutes at London Stadium.

But Arsenal started the comeback on 38 minutes Soucek scored an own goal. Craig Dawson did likewise to further reduce the deficit, before forward Alexandre Lacazette headed an 82nd-minute equaliser.

The result leaves the Hammers fifth, two points behind fourth-placed Chelsea, while Arsenal move above Aston Villa into ninth.