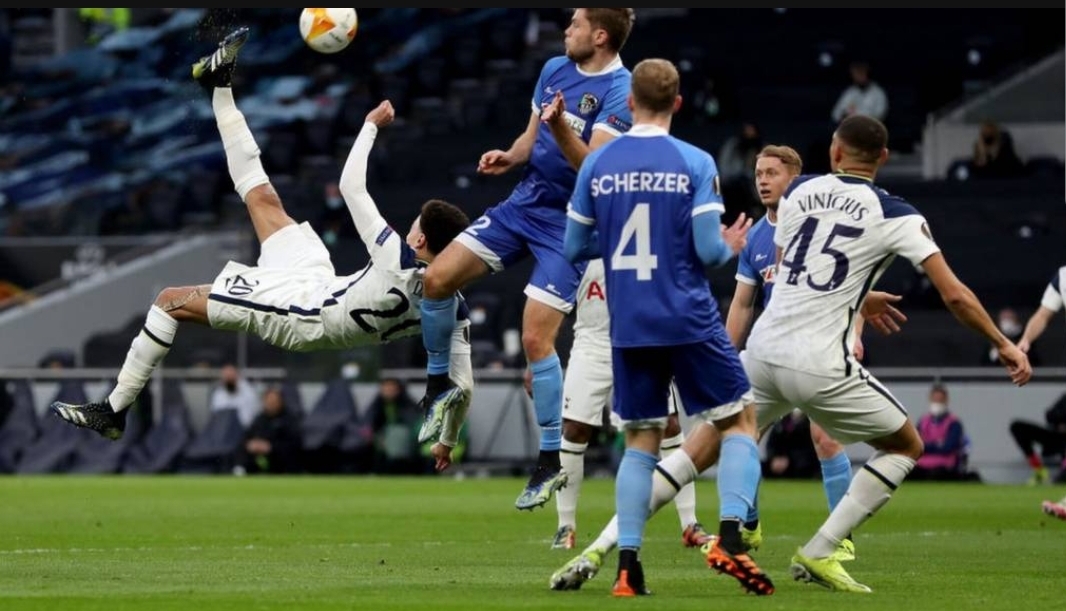 Tottenham Hotspur have advanced to the round-of-16 of the Europa League after securing an 8-1 aggregate victory over Wolfsberger in the last-32.

Spurs, who thrashed the Austrian Bundesliga side 4-1 in the first leg of the tie last week, put another four goals past them in London on Wednesday.

Dele Alli scored a fantastic opener in the 10th minute before assisting Carlos Vinicius to double their lead five minutes into the second half.

Spurs continued their dominance as Gareth Bale made it 3-0 on 73 minutes before Vinicius wrapped it all up with his second of the night on 83 minutes.

The Jose Mourinho side will find out who they face in the next round during Friday’s draw.

The second leg of the rest of the last-32 ties will be played on Thursday.