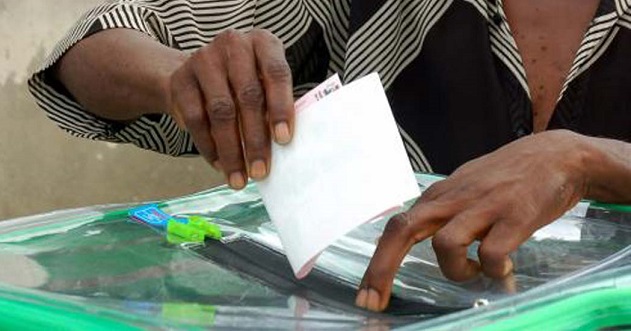 Also, the State Police Commissioner, Ahmad Abdulrahman warned those who do not any business with voting to stay away from the streets during today’s Governorship and state assembly elections.

The REC and the Police Commissioner stated these at a joint press conference they addressed at the INEC headquarters in Kaduna on Friday.

Abdullahi said all INEC ad-hoc staff are drawn from higher institutions and that they are men of integrity who are equally capable of handling the election processes, assuring that the issue of late arrival of election materials to some polling units and wards have been taken care of.

He also disclosed that 8,012 card readers have been dispatched for the elections.

The REC said: “The card reader is election itself, no card reader, no voting.

“This is just to let you know that card reader operators were given refresher training.

“We have 34, 000 Ad-hoc staff to conduct the elections and out of this figure, 10,000 staff are members of the NYSC, while the rest number are from other higher institutions.

“Our staff are people of high integrity who capable to conduct the election process.

“We sourced them from Ahmadu Bello University (ABU), Zaria, so they are capable for the election jobs.”

The state police boss, in his own comments, said: “We have finished our deployment, we have banned food vendor from poll unit areas in order to stop them from the likelihood of accommodating vote-buyers.

“We have ordered for good number of helicopters to hover around the State during the election.

“We will pick anybody wandering about without PVC and keep him or her where necessary until the election is over.

“We have equally banned members of the vigilante from coming out with dangerous weapons during the election.

“In fact, we have arrested 34 of them so far, they look deadly”.