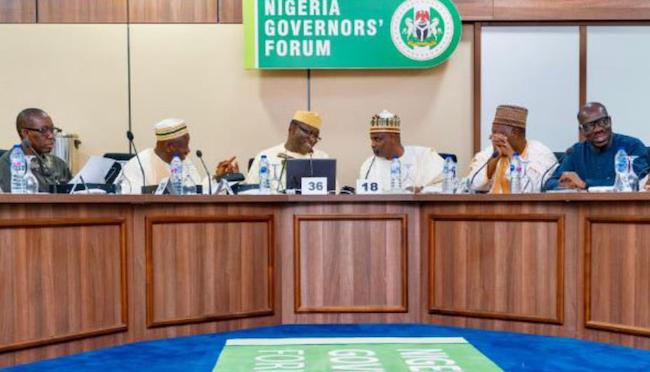 The continued payment of fuel subsidies may have a boomeranging effect on state workers across the country after the Nigerian Governors’ Forum lamented its attendant financial burden.

The coalition of Governors made their grouse known via a memo forwarded to the House of Representatives.

This was in response to an inquest by the Reps Ad Hoc Committee on the Volume of Fuel Consumed Daily in Nigeria.

The daily consumption of PMS in the country is amongst the issues being investigated by the committee.

The memo, headlined “Findings on the Volume of Fuel Consumed Daily in Nigeria,” dated July 1, 2022, and written to committee chairman Abdulkadir Abdullahi, was signed by the head of legislative liaison for peace and security at the NGF, Fatima Usman Katsina.

The governors referred the House to a study on the proper price of PMS in Nigeria from the National Executive Council’s ad hoc committee working with the Nigeria National Petroleum Corporation, which was released in November 2021.

It was chaired by Governor of Kaduna State, Nasir el-Rufai, and had governors of Edo, Jigawa, Ebonyi, Akwa Ibom and Ekiti, as well as the Governor of the Central Bank of Nigeria; Minister of Finance, Budget and National Planning; Accountant-General of the Federation, Group Managing Director of the NNPC and the Permanent Secretary, MBNP.

The memo partly reads, “Although the operating environment has significantly worsened since the report was released, with NNPC now consistently reporting zero remittance to the Federation Accountant as profit from joint venture, production sharing contract and miscellaneous operations, the position of the forum remains generally the same.”

The NGF further recalled how the report noted that the “federation (FAAC) net oil & gas revenues have been declining since 2019 and are projected to decline significantly in 2022 by between N3bn and up to N4.4bn unless action is taken now.

“The following are some of the major findings relating to the volume of fuel consumed in the country:

• Committee have continued to shrink as NNPC recovers shortfall quite arbitrarily.

• Federation’s crude oil sales revenue. FAAC deductions for PMS subsidy are above 2019 levels, even without adjusting for reduced purchasing power of the naira due to inflation and FX rate deterioration.”

The memo further revealed an analysis of the PMS consumption across states with its attendant ripple effects on remittances into the Federation account.

“In the current fiscal regime, remittances to FAAC would continue to shrink as NNPC recovers this shortfall from the Federation as a result of crude oil price recovery. The report recommended a PMS pricing structure that addresses regional arbitrage and smuggling of PMS and provides additional revenue to the Federation Account. There is a significant market opportunity for additional export revenue streams for Nigeria to be had given the price parity with our neighbouring countries.

“The only urgent solutions for alleviating the pressure on government budgets and maximising socially responsible profit gain” are increased accountability and transparency regarding oil and gas income,” the memo read.