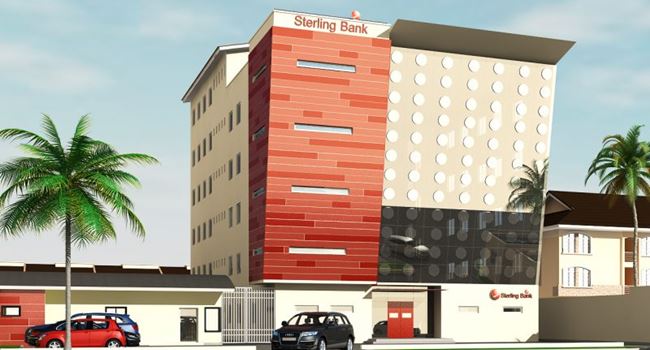 Tier 2 lender Sterling Bank is on track to attaining a holding company status after declaring it has passed the Central Bank of Nigeria’s (CBN’s) litmus test and obtained an approval in principle for the purpose.

Through the corporate transformation, Sterling Bank and its subsidiaries will consolidate their entire common shares into a single entity to be run by a parent company, unlike the current arrangement, where only the bank’s stocks are quoted and traded on the Nigerian bourse.

“The Bank’s desire to operate as a holding company was driven by its plan to spin off its non-interest banking window which became operational in January 2014 into an autonomous entity.

“The bank believes that the proposed structure incorporates efficiencies around operations and financing efforts that will support the individual businesses in reaching full potential…,” its note the Nigerian Stock Exchange on Tuesday said.

Sterling Bank’s board is optimistic the reformation will spur bigger diversification of its portfolio, given that its non-interest together with the rest of its non-core operations will be positioned to deliver better value through concentrated management of its individual units.

The restructuring has become more concerted in the past few days with bigger interest in the company’s stocks, making them the most traded shares on the NSE last week.

Banks in Nigeria are taking a chance at the holding company structure years after the country’s premier lender, First Bank pioneered that model.

On Tuesday, Access Bank announced it also had received the CBN’s consent for that purpose and there are speculations that the metamorphosis of Guaranty Trust Bank, and its subsidiaries into a holding company is in the pipeline.

The Sterling Bank notification said specialisation, partnership and digitisation would drive the operations of the parent company, which is looking to prioritise “impact capitalism” whereby private sector capital and market based tools will be adopted in providing value.

“The Conventional Bank will focus on building skills and using technology to provide solutions in the areas that are critical to development in the country – Health, Education, Agriculture, Renewable Energy, Transportation (HEART),” said the document, signed by Company Secretary Temitayo Adegoke.

Sterling Bank, in its half-year 2020 financial results, reported a slight decline in turnover at N70.234 billion, 3% weaker than that of the corresponding period of last year.

Shares in the company opened trade on the floor of the NSE on Wednesday at N1.22 per share.