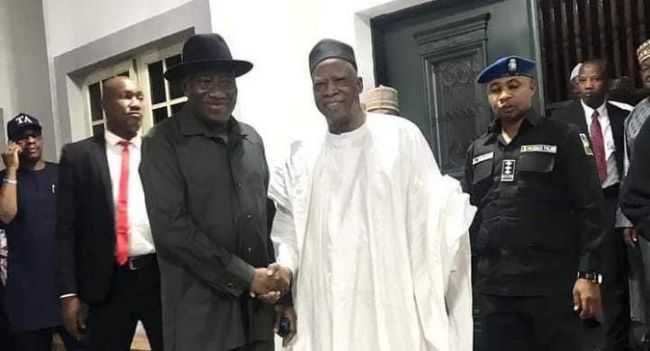 Former President Goodluck Jonathan has reportedly met with the national chairman of the All Progressives Congress (APC) Abdullahi Adamu.

The former president had been enmeshed in controversies over his purported bid to contest the presidential elections in 2023, under the platform of the ruling APC, though he is still a member of the opposition Peoples Democratic Party (PDP).

A northern group had on Monday claimed to have purchased the APC nomination and expression of interest forms for the former president, but he released a statement denying any affiliation with the group.

Jonathan stated that if and when he decided to contest the presidential election, he would buy his own forms.

The former president is yet to state categorically whether or not he intends to contest in the forthcoming general elections.

Wike a colossal failure, only legacy in Rivers is that of ‘unbridled tyranny’ —Ex-NIMASA boss, Peterside