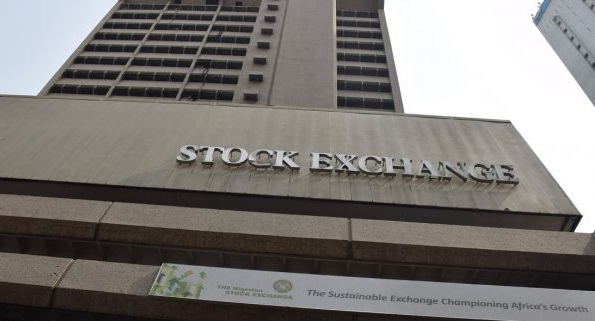 The stock market recorded less investment this week compared to what was traded last week due to a two days Eid el-Kabir break between Tuesday and Wednesday.

NGX reported that by measure of volume, the Financial Services Industry topped the activity chart with 718.570 million shares valued at N3.009 billion traded in 6,223 deals.

The next on the chart was the Consumer Goods segment which recorded 46.437 million shares worth N948.489 million exchanged in 1,856 deals.

They were followed by Conglomerates Industry, with a turnover of 39.798 million shares worth N207.132 million in 366 deals.

Total Nigeria stock value was up by N25.30kobo as the share price ended the week with N203.20kobo per share against the N168 it opened with.

Oando closed the week with N3.97kobo per share after gaining N0.68kobo to move above its opening of N3.29kobo per share.

United Capital was part of the gainers list as its stock price rose by N0.85kobo to move from its opening of N6.50kobo to end the week with N7.35kobo per share.

Unity Bank gained 12.96 percent during the week as its share price rose to N0.61kobo per share against the N0.54kobo that it started this week with.

Smart Products Nigeria topped the losers list following a loss of N0.10kobo, which reduced its stock value to N0.16kobo at the end of trading, from N0.26kobo.

Sovereign Trust Insurance share price dropped to N0.29kobo by end of trade this week, having lost 12.12 percent from its opening share price of N0.33kobo.

Red Star Express share value also fell during the week, losing N0.16kobo from its opening stock price of N3.36kobo, to end trading with N3.20kobo per share.