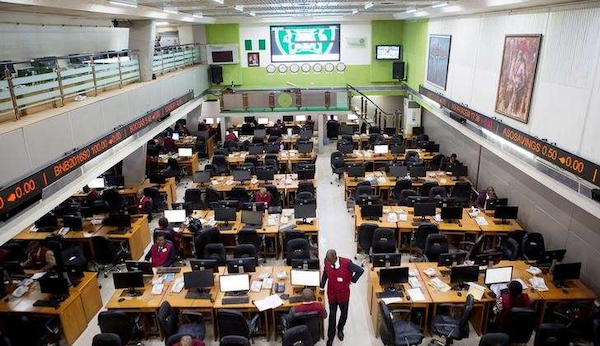 In the market report released by the NGX, it was gathered that by measure of volume, the Financial Services Industry, Consumer Goods and ICT Industries led trading activities.

Financial Services Industry accounted for 721.728 million shares valued at N5.995 billion which was traded in 8,709 deals.

By measure of volume, the largest investment was reported in Guaranty Trust Holding Company, Wema Bank and Zenith Bank.

The three equities accounted for 20.95 percent and 26.99 percent of the total investment turnover volume and value respectively.

Linkage Assurance stock value was up by N0.20kobo as the share price ended the week with N0.85kobo against the N0.65kobo it opened with.

Wema Bank closed the week with N0.74kobo per share after gaining N0.14kobo to move above its opening of N0.60kobo per share.

Tripple Gee and Company was part of the gainers list as its stock price rose by N0.14kobo to move from its opening of N0.70kobo to end the week with N0.84kobo per share.

Berger Paints gained N1.50kobo during the week as its share price rose to N9.20kobo per share against the N7.70kobo that it started this week with.

BOC Gases topped the losers list following a loss of N2, which reduced its stock value to N8.55kobo at the end of trading, from N10.55kobo.

Regency Assurance share price dropped to N0.42kobo by end of trade this week, having lost 14.29 percent from its opening share price of N0.49kobo.

University Press share value also fell during the week, losing N0.15kobo from its opening stock price of N1.67kobo, to end trading with N1.52kobo per share.